Albania tells Britain: do not blame us for your immigration problems 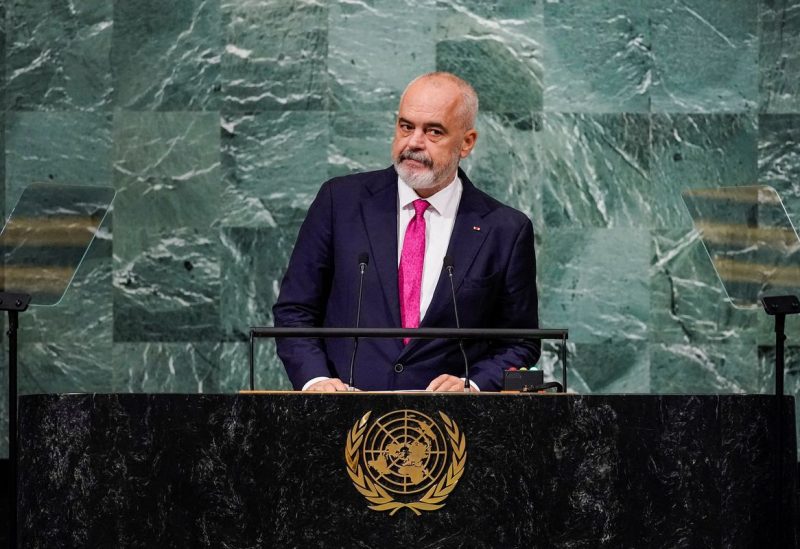 Albania’s prime minister accused Britain on Wednesday of using his country’s citizens as scapegoats for its failed immigration policies, following derogatory comments by British ministers about an increase in the number of Albanian asylum seekers.

Edi Rama accused Britain of falsely blaming Albanians for “its crime and border problems,” and he slammed the “insane” and “easy rhetoric.”

In a series of posts on Twitter, Rama said Britain’s “rhetoric of crime” ended up “punishing the innocent,” including businessmen and hardworking Albanians who paid British taxes.

His comments follow claims by British ministers that Albanians were behind a surge in arrivals by small boats across the English Channel and that many of them were involved in organised crime and seeking to abuse Britain’s modern slavery laws.

Albanians made up 42% of people travelling on small boats between May and September this year, according to British government figures released on Wednesday. Just over 11,000 Albanians arrived in those five months, compared with 815 in 2020, the figures showed.

Earlier this year Britain signed an agreement with Albania to remove its nationals who have no right to remain, and the British government has said it wants to find a way to fast-track the processing of asylum claims by Albanians and return them as necessary.

Asked about Rama’s comments, a spokesperson for the British government said it was committed to building on its cooperation with the Albanians, including on tackling illegal migration.

“Working together, we will continue to take every opportunity to intercept the activities of organized criminal gangs and people smugglers,” the spokesperson said.

On Monday, British interior minister Suella Braverman said there was a “surge in the number of Albanian arrivals” and they were particularly young, single men who were either part of organized criminal gangs or involved in criminal activity such as drugs.

Braverman faced criticism after she claimed the south coast of England was being invaded by asylum-seekers.

Rama said 70% of the 140,000 Albanians who moved to Britain were previously living in wealthy European countries such as Italy and Greece, and had not travelled directly from Albania.

He said 1,200 of those were business people and if Britain wanted more help dealing with the migrant problem then it needed to treat his country with “respect.”

“Albanians in the UK work hard and pay tax,” he said. The “UK should fight the crime gangs of all nationalities and stop discriminating” against Albanians, he said.