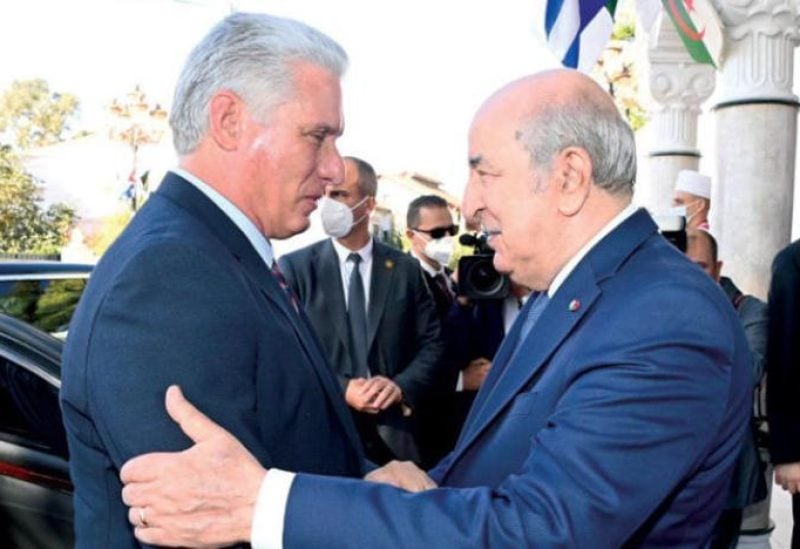 The discussions came six months after the 60th anniversary of the establishment of diplomatic relations between the two countries.

The Algerian presidency said that the Cuban president visited Thursday the Martyrs Memorial, which is a historical monument that commemorates the Algerian Revolution (1954-1962) and the national struggle against French colonialism.

Government sources revealed that the Cuban president’s visit seeks to embody the joint political will to reinforce economic cooperation and to exploit investment opportunities in priority sectors such as agriculture, the food industry, pharmaceuticals, medical equipment, and tourism.

They agreed to signing an MoU on strengthening cooperation in the medical sector in January, which coincides with the meeting of the high joint committee for Algerian-Cuban cooperation.

In 2023, the two countries will commemorate the 60s anniversary of sending a Cuban medical mission to Algeria to help the government build a healthcare system after it gained its independence

Five years ago, Algeria and Cuba signed an agreement to establish an Algerian-Cuban business council and to draw a road map to act as the foundation of economic cooperation.