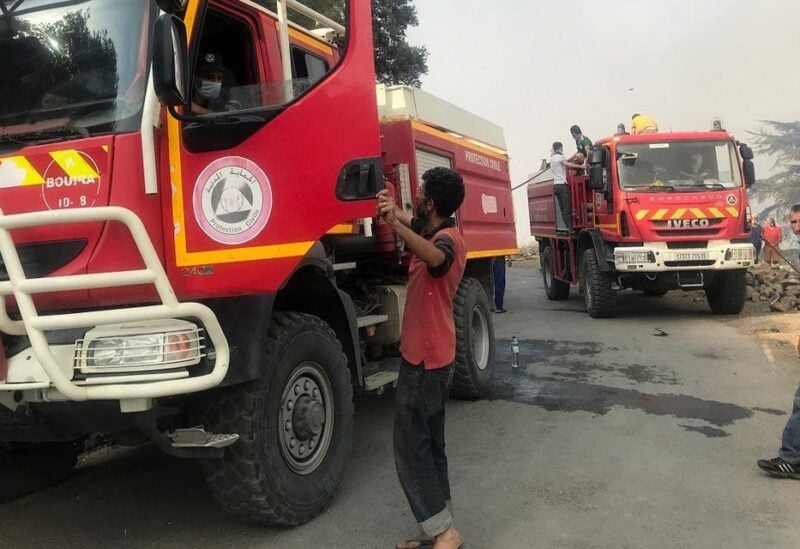 Algeria was mourning at least 90 dead on Friday as firefighters, soldiers and volunteers battled to put out the last deadly forest fires in the North African country.

The government has blamed arsonists and a blistering heatwave for dozens of blazes that have raged across the country’s north since Monday, but experts have also criticized authorities for failing to prepare for the annual phenomenon.

Algiers has not released an overall death toll for Saturday but reports from local authorities indicated the fires had left 90 dead, up from the previous day’s official toll of 71.

They include 33 soldiers, some of whom were honored by the defense ministry in a ceremony at a military hospital attended by army chief Said Chenegriha.

“These heroes sacrificed their souls for the nation and to save their fellow citizens from criminal fires across the country,” the ministry’s communications director, General Boualem Madi, said in a speech.

The fire service said its teams were still fighting 29 fires across 13 provinces, mostly in coastal regions east of the capital Algiers, with aircraft carrying out hundreds of missions to drop water on the fires.

Almost 7,500 firefighters, backed by planes from France and Spain as well Russian helicopters operated by the army, have managed to put out over 40 blazes in 24 hours.

Specialist website Menadefense reported that the army was planning to buy up to eight Russian Beriev Be-200 firefighting planes, to begin arriving in Algeria on Saturday.

Weather experts have forecast temperatures of up to 48 degrees Celsius (118 degrees Fahrenheit) in the coming days, in a country already sorely lacking water.

Algeria is Africa’s biggest country by surface area, and although much of the interior is desert, the country’s north has over four million hectares (10 million acres) of forest, which is hit every summer by fires.

The death toll from this year’s fires in Algeria – far higher than all other Mediterranean countries combined – has sparked growing criticism of successive governments’ failure to invest in fire prevention and control.