Algerian police out in force on protests anniversary 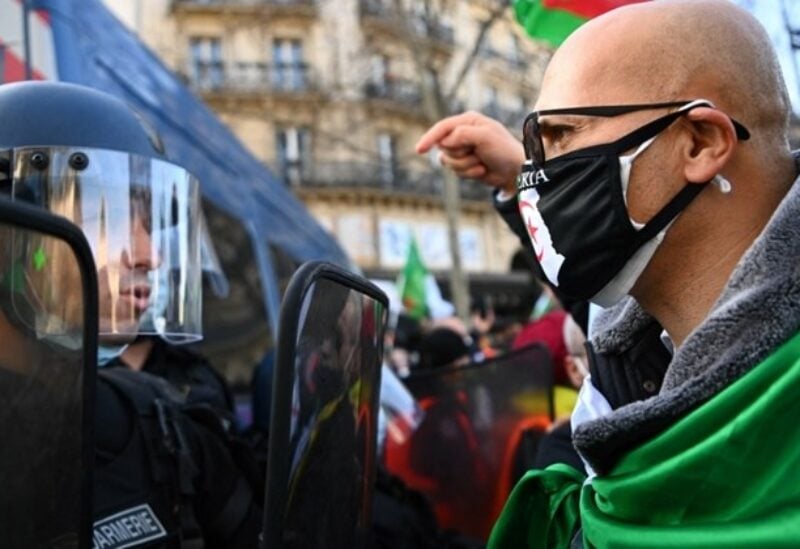 ALGIERS: Algerian police were deployed in force Monday on the streets of the capital Algiers, following calls for demonstrations to mark the second anniversary of the country’s anti-government “Hirak” protest movement.

“I was stuck in traffic for two and half hours … They’re checking every car,” said commuter Hamid, a 54-year-old public sector worker.

From February 22, 2019, regular massive protests were staged across Algeria.

The Hirak protests, meaning “movement” in Arabic, swept former president Abdelaziz Bouteflika from power in April of that year.

Demonstrators kept up their action after his fall, demanding a sweeping overhaul of the ruling system in place since Algeria’s independence from France in 1962.

The Hirak only suspended marches last March due to coronavirus restrictions, but calls have gone out on social media for a return to the streets Monday.

On the eve of the anniversary, President Abdelmadjid Tebboune announced a limited government reshuffle, in the latest step aimed at heading off renewed protests.

Among those retained are Prime Minister Abdelaziz Djerad and Justice Minister Belkacem Zeghmati, seen as a symbol of Algeria’s judicial crackdown on protesters and opposition activists.

On Thursday, he announced dozens of pardons for pro-democracy activists in a gesture of appeasement.

Last Tuesday, thousands of Algerians rallied in the northern town of Kherrata, where the first major protest erupted in 2019 against Bouteflika’s bid for a fifth presidential term.

The first nation-wide protests were held a week later on February 22.