Algeria’s election might not draw crowds, but change could be on the cards 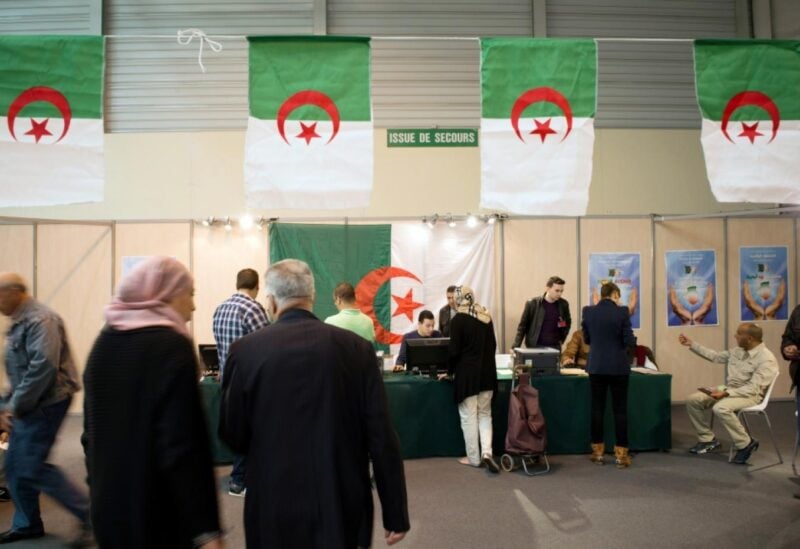 Upcoming Algerian legislative elections on Saturday are unlikely to draw a large turnout but analysts said it could still see a lower house that is traditionally closely aligned to the presidency fall into new hands.

The elections were initially slated to fall in 2022 but with mass protests, dubbed the Hirak, returning to the streets in February, as well as the dual threats of a stuttering economy and the coronavirus, President Abdelmadjid Tebboune brought the poll forward to June and suspended parliament.

Nevertheless, with many prominent figures among the Hirak calling for the vote to be boycotted, as well as the traditionally low turnout for Algeria’s legislative vote, hopes that Saturday will secure the new parliament an overwhelming mandate are guarded.

In a break from the past, Saturday’s vote looks designed to draw in candidates from outside of the country’s traditional political fold.

That call appears to have been answered, at least in part, with 1,500 candidates putting themselves forward.

Across all governorates, lists of independents featuring civil society activists, academics and professionals have emerged, offering varying alternatives to the status quo.

Squeezed by the Islamist parties on one hand, and an increasing crackdown by the security services against the protests on the other, some of the hirak’s hardcore supporters are also likely to ignore calls to boycott the vote.

“Why not?” Abdelkader Abderrahmane, a senior researcher with ENACT and the Institute for Security Studies said.

“Every vote now could be a step away from the ‘pouvoir.’ They vote for an independent parliament now. Next time, they could vote for a new Presidency,” he said.

The ‘pouvoir’ or power is a term used to denote the small oligarchy of top political, business and security officials that have traditionally controlled much of the government.

The current largest party, the Front de Liberation Nationale (FLN) is in contention again as are other mainstream parties such as the National Rally for Democracy, the Rally for Hope for Algeria, and the Algerian Popular Movement.

However, as with the FLN, all are expected to suffer through their close associations with presidents’ past.

In contrast, the Muslim Brotherhood-affiliated Movement de la Societe pour la Paix, (MSP), currently the third-largest party in parliament, is hoping to pick up the votes of those excluded from the closed circles of influence.

Moreover, for many across Algeria, the notion of a political party that combines politics with the themes of their religion holds a clear attraction.

“Politically, the Islamists lost the argument in the 1990s. However, culturally, they’ve been winning,” Mr Abderrahmane said.

“Over the last 20 or 30 years, Algerian society has grown increasingly religious,” he said, pointing to the footholds that Islamists have established in mosques, universities and on social networks, as movements such as the quietest Salafi Dawa Salafiya, while avowedly apolitical, have fostered political discussion within a religious framework.

Algerians hope the elections will lead to the formation of a new government that can arrest the downward trajectory of Algeria’s spluttering economy.

Despite years of calls to diversify its model and halt the country’s reliance on oil and gas exports, the economy remains almost entirely unreformed. Exacerbating Algeria’s problems is the state subsidy system, one of the highest within Opec and paid for by the hydrocarbon exports.

However, with energy prices maintaining the flat line they have held since 2014, foreign reserves, and time, are fast running out.

What role a newly renewed parliament may play in helping the country overcome them remains to be seen.