All 14 workers lost in tunnel flood in China confirmed dead 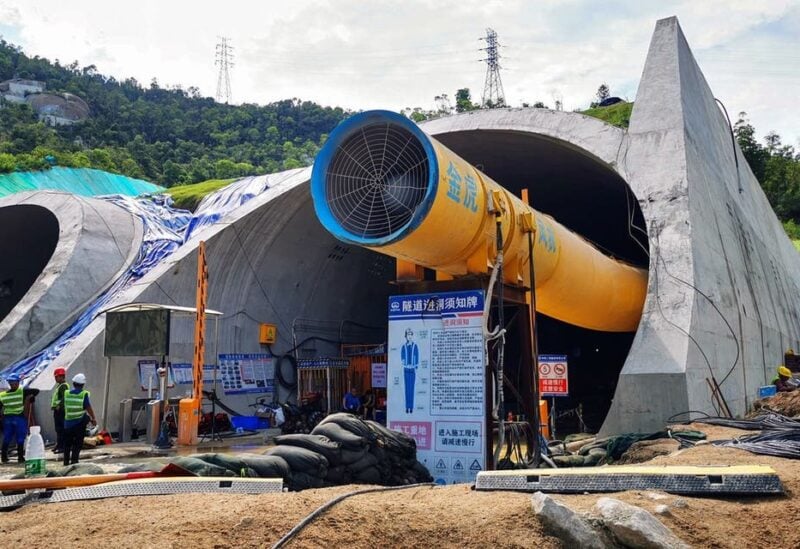 Rescuers work to clear a flooded tunnel after 14 construction workers were trapped in an underground section of a new highway construction site after it collapsed in Zhuhai in China's southern Guangdong province on July 16, 2021. (File photo: AFP)

The bodies of all 14 workers trapped when a tunnel under construction was flooded last week have been recovered, authorities in southern China said Thursday.

A brief statement on the Zhuhai city government’s social media site gave no further information about the cause of the July 15 disaster or the deaths.

The Shijingshan tunnel is a section of an expressway under construction that passes beneath a reservoir in the Guangdong province city that lies close to Hong Kong and Macao.

The rescue effort involved divers, remote-controlled submarines and other high-tech equipment, while workers on the surface rushed to pump out water from the tunnel. Work was hampered at times by carbon monoxide fumes from machinery being used in the tunnel as part of the operation.

While the cause remains unclear, reports said an abnormal noise was heard and bits of material started falling off one side of the two-tube tunnel. An evacuation was ordered as water rushed in, but the 14 who died were unable to escape in time.

The construction project appeared to have had safety problems for some time. In March, two workers died in another part of the tunnel.

Zhuhai is a relatively wealthy coastal city at the mouth of the Pearl River delta, which is now being heavily developed for manufacturing and high-tech industries.

It was one of China’s early special economic zones when the ruling Communist Party started opening up the nation’s economy about 40 years ago.

Those responsible are often handed harsh punishments, but high demand and the desire for profits often trump safety concerns.

Among the worst accidents was a massive 2015 explosion at a chemical warehouse in the port city of Tianjin that killed 173 people, most of them firefighters and police officers. The blast was blamed on illegal construction and unsafe storage of volatile materials.