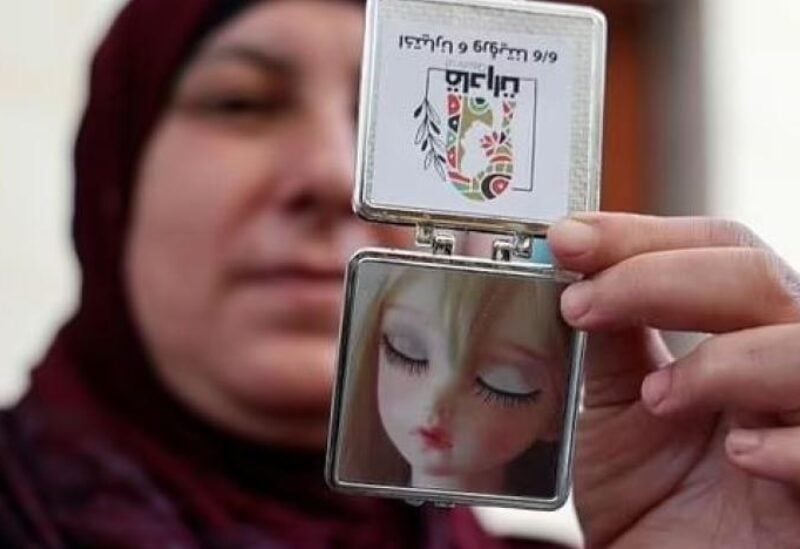 In a courtyard in their West Bank village, a group of Palestinian women puts the finishing touches to merchandise for their distinctly feminine campaign for municipal elections on Saturday.

They place pocket mirrors in pink drawstring bags bearing the logo of their new all-woman electoral list called Qaderat, Arabic for “capable” — testament to their belief that women can lead in a society traditionally dominated by men.

The main opposition party in the Israeli-occupied West Bank, the Islamist movement Hamas, is boycotting the vote in protest at president Mahmoud Abbas’s indefinite postponement of parliamentary and presidential elections that had been scheduled for earlier this year.

The move by Hamas has resulted in a lack of political party affiliation in campaigning, meaning the field has largely been left to traditional clan-based lists and issue-based campaigns like that of the women of the northern West Bank village of Burqin, AFP reported.

There will be no voting at all in the Hamas-controlled Gaza Strip.

The same applies to 60 West Bank villages where no candidates have registered, or the lists are incomplete, and another 162 where there is just one list of candidates who will be elected automatically.

Voting in towns and cities will not be held until March next year.

That leaves 154 villages where voters will actually go the polls on Saturday, and for the Qaderat candidates it provides an opportunity to chart a more inclusive political future.

Qaderat is fielding eight candidates, all women, for the 11 seats on the council in Burqin, a village of about 8,000 people.

One of them, Saba Kahlouf, a university lecturer in geography, urged Palestinian women to seize the opportunity “to participate in order to assert their existence”.

“We are not separate from men,” she told AFP.

A total of six lists are contending the council seats in Burqin. Women candidates like Qaderat’s are treated differently than the men.

In protest at the practice, Qaderat’s candidates have opted for no images at all.

Coordinator Abdelbaset Khalaf told AFP that “the list changed 18 times before its registration, because of pressures placed on the women, even threats of divorce from their husbands.”

Candidate Renad Abbas said the pressure was not necessarily in response to the list’s advocacy of women’s rights.

In some cases, it reflected family allegiance to candidates on a rival list.

“When the idea was first proposed, we faced many problems,” said Abbas.

“We know that novel ideas face opposition and surprise, but we are persisting in our desire to develop our village of Burqin.”

“I am certain that women have a greater capacity for community work than men do,” said the husband of one of the candidates, who did not wish to be named.

“I wish them a great victory in these elections.”

Harb said the emergence of an all-female candidates list was likely fuelled by frustration over the persistent marginalization of women in Palestinian political life.

Palestinian electoral law stipulates that women should make up at least 25 percent of all candidate lists, and more than 1,500 women will be standing for election on Saturday.

But only nine of them are heading lists and many are too low-placed on their lists to win seats.

Khalouf said one of Qaderat’s main goals was to “achieve greater participation than is granted in the electoral law”.

Asked about the mirrors that Qaderat was distributing to women voters, she said they were not intended for cosmetic purposes but to encourage “self-examination before casting a vote”.