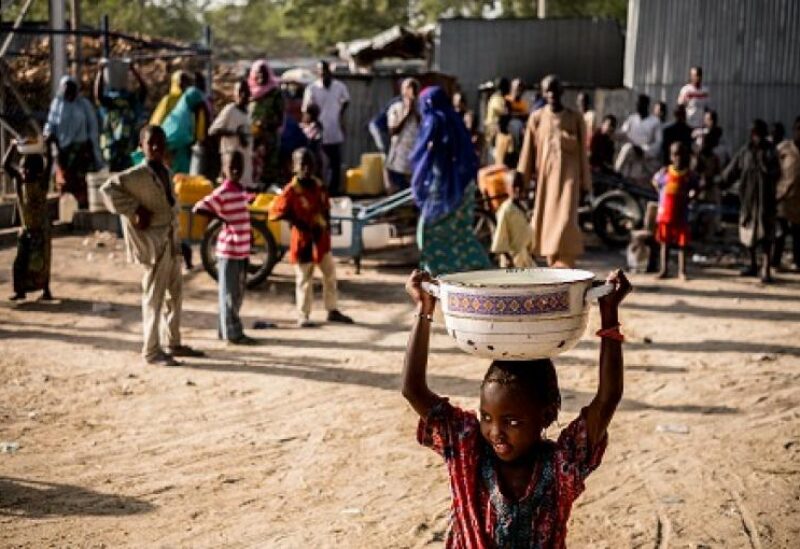 Due to Climate change, situation is becoming dire is taking across eastern Africa, and increasingly erratic weather – from recurring droughts to floods – is becoming commonplace in countries such as Somalia, Kenya, Uganda and Ethiopia. Nearly three-quarters of Somali families lack safe drinking water as drought looms across the country and depletes wells, raising the risk of hunger as crops fail and livestock dies, UK-based charity  Save the Children said on Monday.

In a survey of more than 630 households in eight of Somalia’s 18 regions, the charity said a dearth of seasonal rain last year had left 70 percent of families without clean water.

Mohamud Mohamed Hassan, the organization’s country director, said children were bearing the brunt of “a growing climate crisis” – warning that the water shortages could lead to increased hunger, displacement and exploitation.

Save the Children is seeing wells drying up, families rationing their water, crops and pastures dying, and people moving away from their communities in search of water and food for their livestock,” Hassan said in a statement.

“In some locations, the price of water has skyrocketed. Those who cannot afford to pay for water are forced to use unsafe water sources, thereby putting children at risk of deadly diseases such as cholera.”

The survey’s results were published on World Water Day, which aims to raise awareness of the global water crisis, and the need for nations to move towards an internationally agreed goal of providing water and sanitation for all by 2030.

About 2.2 billion people – one in three – globally do not have access to safe water, according to the United Nations.

By 2050, up to 5.7 billion people could be living in areas where water is scarce for at least one month a year due to a growing population, increasing demands of agriculture and industry, and the worsening impacts of climate change, it says.

Impoverished Somalia is highly vulnerable to extreme weather. In the past year, the country of 15 million people has already been hit by floods and its most powerful ever cyclone.

A 2018 government assessment found losses and damage caused by drought totaled more than $3 billion – equivalent to 50 percent of Somalia’s GDP, he said, urging rich nations to do more to cut their carbon emissions.

“Several climate disasters have already taken place in the country. The consequences of these effects are food insecurity, hunger, malnutrition, displacement and loss of lives,” he told the Thomson Reuters Foundation in an emailed response.

“Somalia has contributed a very small percentage of the global emissions, yet unfortunately, Somalia is among the worst 20 nations affected by the severe impacts of climate change.”

International development groups are also calling on wealthy nations to step up investment in climate finance to help countries like Somalia adapt, such as funding water systems including boreholes that can provide reliable local supplies.

According to WaterAid, only 5 percent of total global climate funding is spent on helping poor countries adapt to their changing climate, and that money is not targeted at the most vulnerable communities.

“Unless communities have access to a reliable source of water, people’s health will suffer,” Tim Wainwright, WaterAid’s chief executive, said in a statement.

“They’ll be burdened with spending more and more time searching for water, taking away the opportunity to create a better life and escape poverty,” he said.