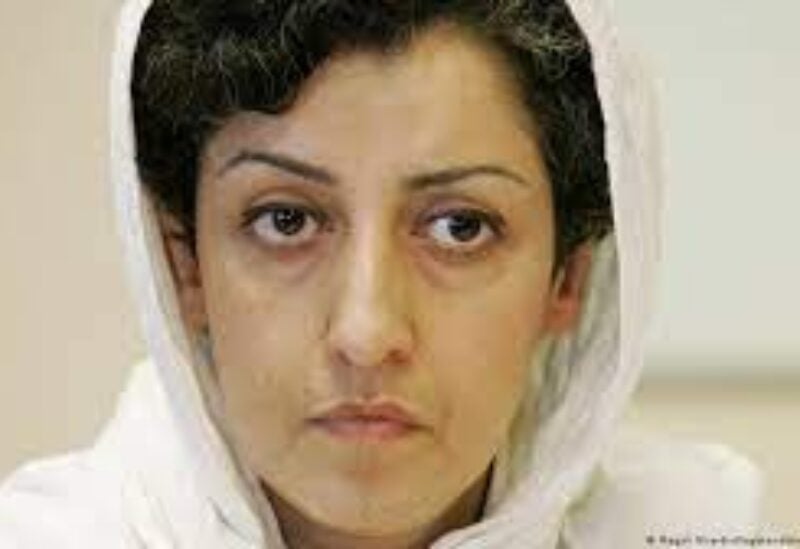 Vice president of the Centre for Human Rights Defenders in Iran, Narges who was arrested by Iranian security services during a memorial service, triggered a wave of demands by Amnesty International for his release.
Mohammadi was detained on Nov. 16 in Karaj, capital of Alborz province, while attending a ceremony for Ebrahim Ketabdar, who was killed by security forces during nationwide protests in November 2019.
Mohammadi was reportedly beaten by officers from the Intelligence Ministry before being transferred to Evin prison.
She had been sentenced in May by a court in Tehran to two and a half years in prison and 80 lashes, as well as receiving two fines, for a number of charges including “spreading propaganda against the system,” for her role in the November 2019 protests. She was summoned to begin her sentence in September but failed to turn up in protest.
“Narges Mohammadi is a prisoner of conscience targeted solely for her peaceful human rights activities and is now at imminent risk of receiving 80 lashes,” said Amnesty’s regional director for the Middle East and North Africa, Heba Morayef.
“We call on the Iranian authorities to immediately and unconditionally release her, quash her unjust sentence and ensure she is protected from all forms of torture and other ill-treatment, including floggings,” Morayef added.
“To arrest a human rights defender for calling for truth and justice on the two-year anniversary of the November 2019 protests, where hundreds of men, women and children were killed by Iranian security forces, is a callous act — and another reminder of the crisis of systemic impunity in Iran for crimes under international law.
“For far too long, the Iranian authorities have subjected Narges Mohammadi to arbitrary detentions, unjust prosecutions, torture and other ill-treatment for her human rights work.
“Amnesty International urges the international community, including the UN and the EU, to speak out about her case and put the unbridled repression of Iranian human rights defenders into scalpel-sharp focus.”
Mohammadi was arrested in May 2015 and sentenced to 16 years in prison for her human rights work, but was released in October 2020 following international pressure.