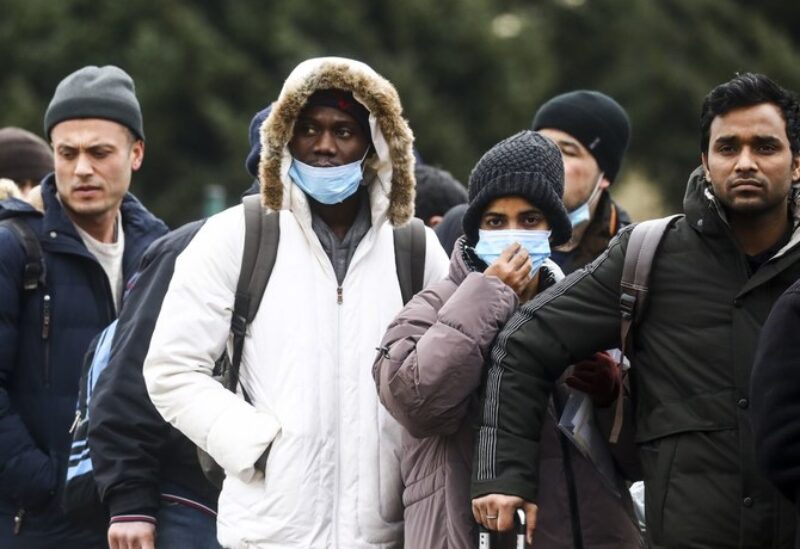 Widespread incidents of racism are facing the refugees who are attempting to flee Ukraine, reported human rights group Amnesty International.

The group spoke to 27 non-Ukrainian nationals who left the country after the Russian invasion in late February, including international students and workers who had been in Ukraine for several decades, finding that people from the Middle East, Africa and South Asia had suffered at the hands of Ukrainian authorities.

Amnesty said that discrimination and violence by Ukrainian forces was rife, with many reporting discriminatory treatment when attempting to board transport out of the country and near border checkpoints, particularly at the Polish border.

The organization said that some of the refugees it interviewed had endured physical and verbal aggression from Ukrainian authorities and volunteers.

At Lviv, the city in the west of Ukraine where the bulk of those fleeing the country are being processed for exit to Poland, refugees were told that priority was being given to women and children, but some non-Ukrainian and non-white women were blocked from boarding.

Bilal, a 24-year-old student from Pakistan, said: “Some face racism, some don’t. It’s based on color of skin and gender. My friend who is black faced racism…There is a line. If you are Ukrainian, it’s easy to get across; if not, it takes a long time. The border guards used a stick on my friend. He was hurt.”

There are also troubling reports of experiences endured by refugees once they arrive in Poland.

Foreigners have already been subjected to attacks and hateful confrontations. In Przemysl, on March 1, a group of men assaulted three Indian students who had just arrived from Ukraine, which has been widely considered as an attack motivated by hate.