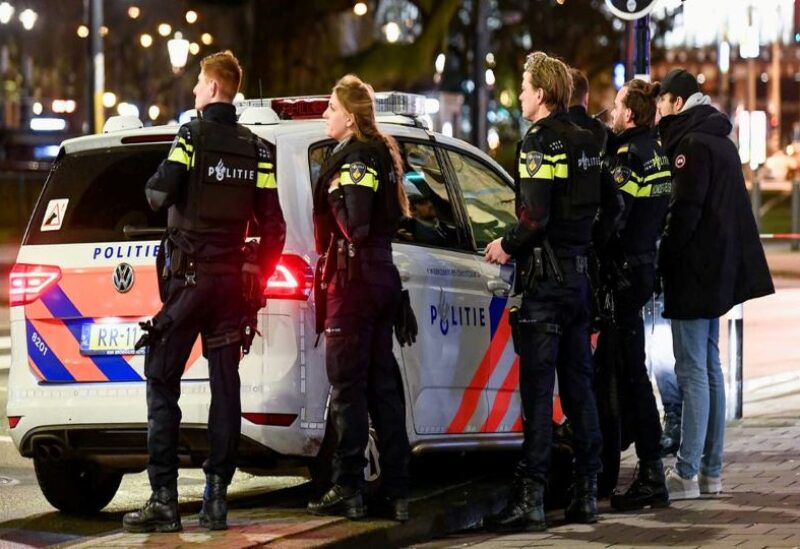 Dutch police officers stand near an Apple store in central Amsterdam during a hostage incident in the store, in Amsterdam, Netherlands

On Wednesday, Dutch police announced they had concluded a hostage situation at an Apple flagship store in Amsterdam after a man armed with two pistols kept at least one person hostage for hours.

After running out of the building at the central Leidseplein plaza soon after 10:30 p.m. on Tuesday, police captured the accused hostage taker, a 27-year-old male from Amsterdam.

“We were able to resolve the situation by running outside and ramming the hostage taker with a car,” police wrote on Twitter, adding that the man was being hospitalized for serious injuries.

When officers arrived at the plaza at 6 p.m., the man was armed with a pistol and an automatic rifle, with which he fired at least four bullets, according to Amsterdam police chief Frank Pauw.

During the hostage abduction, the individual, who had a criminal record, contacted the police himself, demanding a ransom of 200 million euros ($226 million) in crypto currencies and a safe exit from the building, according to Pauw.

The police head was reported in the Amsterdam newspaper Parool as saying, “He threatened a hostage with a gun and threatened to blow himself up, so we treated it extremely seriously.”

When a police robot supplied water to the store door at the request of the hostage taker, the crisis ended when the hostage, a 44-year-old British male, bolted from the building.

The hostage taker chased down the man and was hit by a car.

“By forcing a breakthrough, the captive played a heroic role,” Pauw said. “This could have been a long night otherwise.”

Approximately 70 customers were able to exit the store during the hostage-taking in the evening. There were no additional injuries reported.

According to police, the hostage taker was critically hurt but able to communicate when he was apprehended.