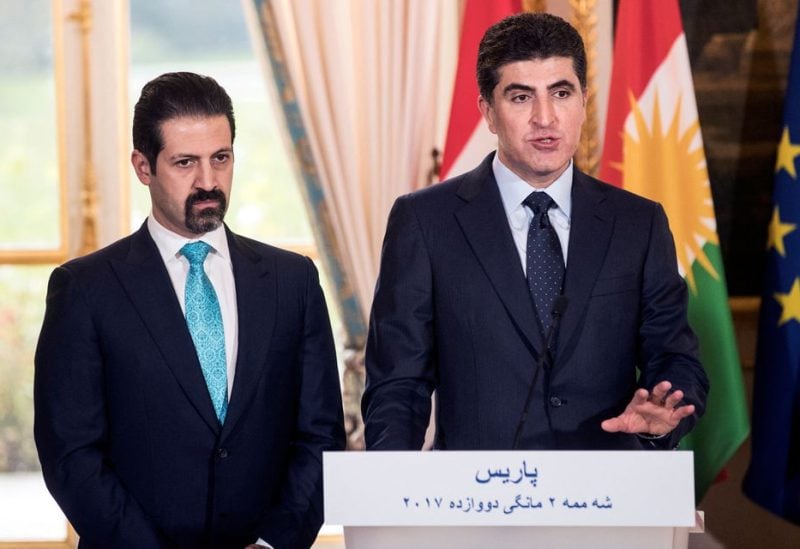 The political dynasties in Iraqi Kurdistan’s marriage of convenience are under trouble.

Power-sharing governments have mainly managed to keep tensions under control since the two sides fought a civil war in the 1990s, despite the fact that the ruling Barzani and Talabani clans have long been at odds over control of resources and power in a region rich in oil and gas.

But the lingering acrimony has spilled into the open with a vengeance since a rare assassination in the city of Erbil, and the fallout is putting the uneasy alliance through one of its stiffest tests since the war, diplomats and analysts say.

On Oct. 7, shortly after Hawker Abdullah Rasoul set off in an SUV from his home on a leafy street in Erbil, a bomb ripped through the car, killing him and wounding four family members.

Rasoul was an intelligence officer, and a defector.

After nearly two decades with the Patriotic Union of Kurdistan (PUK), a party dominated by the Talabani family, he moved to Erbil this year and switched sides, three security sources and a Kurdish source told Reuters.

When he was killed, Rasoul, 41, was helping the Kurdistan Democratic Party (KDP), the party ruled by the Barzani family that he had been keeping tabs on for years, the sources said.

The brazen assassination was captured by security cameras and the KDP released a 27-minute video about the killing, pointing the finger of blame firmly at the PUK.

The PUK has strongly denied the accusations, saying they are politically driven, but the killing has triggered a series of incidents that have strained the power-sharing arrangement.

Political relations have deteriorated to the point where PUK ministers have boycotted meetings of the Kurdistan Regional Government (KRG), long a symbol of peaceful power-sharing.

Some PUK officials say privately that without compromise on a range of issues, the party might eventually break away and form its own administration in its Sulaimaniya stronghold.

The antagonism is also complicating a project to expand one of the biggest gasfields in Iraq, which is in PUK territory, damaging the region’s hopes of starting exports to Europe and earning much-needed revenue.

The rifts are a source of alarm to Western countries, and especially the United States. It has backed both factions, most recently in the fight against Islamic State.

Washington is worried about the spreading influence of Iran, which has long-standing ties to the PUK and has stepped up missile attacks on Iranian Kurdish dissidents in northern Iraq in recent weeks.

A U.S. official told Reuters that Washington was extremely concerned about the recent tensions between the PUK and KDP.

“What we try to explain to our partners up here is that we don’t want unity for unity’s sake, we need you guys to be able to cooperate with each other on certain discreet issues that are in our interest, but also in your interest,” the official said.

After Rasoul’s death, the KDP-dominated Regional Security Council accused a PUK security agency of the killing. It detained six men it identified as operatives involved and issued arrest warrants for another four senior PUK security officials, according to security council statement a week after the attack.

PUK officials reached out to the government shortly after the assassination to help with the investigation, but they did not receive a response and have had no access to the findings, a senior PUK official said.

Neither the security council, the government nor a spokesperson for the PUK responded to questions for this story.

Long-simmering mistrust between the two sides had already deepened this year due to a wave of defections from PUK security agencies.

The senior PUK official told Reuters there had been eight. He said the PUK believed its former head of intelligence, Salman Amin, who defected earlier this year, had been encouraging people to switch sides.

Amin has been another bone of contention. Following his move to Erbil, Kurdish Prime Minister Masrour Barzani gave him a senior security role, further enraging the PUK, the senior party official said.

Reuters was unable to reach Amin for comment. Barzani’s office did not respond to requests for comment.

While analysts say a return to full-blown civil war is unlikely, a tense standoff between armed security personnel in Erbil last month underlined the risk of escalation.

With relations deteriorating, PUK forces raided Amin’s home in Sulaimaniya on Oct. 24, four PUK members and a Kurdish official said. Three of the sources said the PUK was looking for sensitive documents Amin had taken from its intelligence office and weapons.

In a tit-for-tat move, about 100 security men commanded by Amin approached the house of Deputy Prime Minister Qubad Talabani in Erbil the next day and threatened to raid it, the PUK sources and the official said.

Three of the sources said Kurdish President Nechrivan Barzani had to intervene to defuse the situation.

Then, on Nov. 9, PUK leader Bafel Talabani flew to Erbil accompanied by Qubad, dozens of security personnel, and one of the men wanted for Rasoul’s killing, in a move seen as being deliberately provocative, according to a Kurdish source.

The group was unable to leave the airport until the president intervened again, the source said.

The stakes are high for the Kurds, who were big winners from the downfall of Saddam Hussein. They deepened their autonomy, attracted foreign investment in oil and gas, and secured a slice of power in Baghdad, where the president must be a Kurd.

But despite their oil riches, the region suffers from high unemployment and chronic public services, encouraging many people to try to emigrate to Europe. Attacks by neighbouring Turkey and Iran on Kurdish militants there have underlined the limited control Iraqi Kurds have over their frontiers.

Analysts say the rivalry is also weakening the influence Kurds have within Iraq’s federal centre in Baghdad. That’s complicating disputes over the ownership of oil and gas assets, as well as allocations from the federal budget.

“It affects social peace, it affects stability … and it affects the overall economic situation in terms of market and business confidence,” said Shivan Fazil at the Stockholm International Peace Research Institute.

“(The rift) is more about wasted opportunities and how these tensions distract the KRG from addressing the governance issues and meeting the needs of its population, and hence exacerbating grievances,” Fazil said.

Set against the current backdrop of political strife among Iraqi Shi’ites, the fragile government in the north adds to a picture of a country still wracked by instability two decades after the U.S.-led invasion in 2003.

And Baghdad is watching events in Kurdistan closely.

An Iraqi state security source said the PUK and KDP were being led by hawks and that their power struggle was at “a very critical stage”.

‘WHY SHOULD WE TOLERATE THIS?’

Ties between the two groups have been strained in the past, notably in 2017 when the Kurds held a referendum that won overwhelming support for independence from Baghdad, only to backfire when Iraqi forces seized swathes of Kurdish territory.

The PUK and KDP traded blame, particularly over the loss of the city of Kirkuk, which has one of Iraq’s oldest and biggest oilfields.

This year, the two sides were locked in a dispute over who should become Iraq’s president. The federal post finally went to KDP-backed Abdul Latif Rashid in October, rather than the PUK’s candidate, Barham Salih.

Mike Fleet, an Iraq analyst, said the KDP no longer felt it needed to abide by past power-sharing agreements.

“These two parties can’t play ball with each other, they have less say and less of a voice because they don’t have a united voice in Baghdad anymore,” he said.

“A lot of the impact of that is on the people who rely on the current system to get paid, and salaries aren’t, so quality of life is becoming more difficult, especially in Sulaimaniya,” he said, referring to the PUK’s stronghold.

Analysts say the KDP is seeking to assert itself at a time when the PUK has been weakened a leadership feud, financial pressures and delayed salary payments.

The PUK has long complained that the regional administration in Erbil does not distribute revenues equally, accusing the KDP of favouring its areas.

“Why should we tolerate this?” said one of the PUK officials. “We have a list of demands, and I still have hope that we won’t get to a separation, but we won’t have a choice if they don’t deliver.”