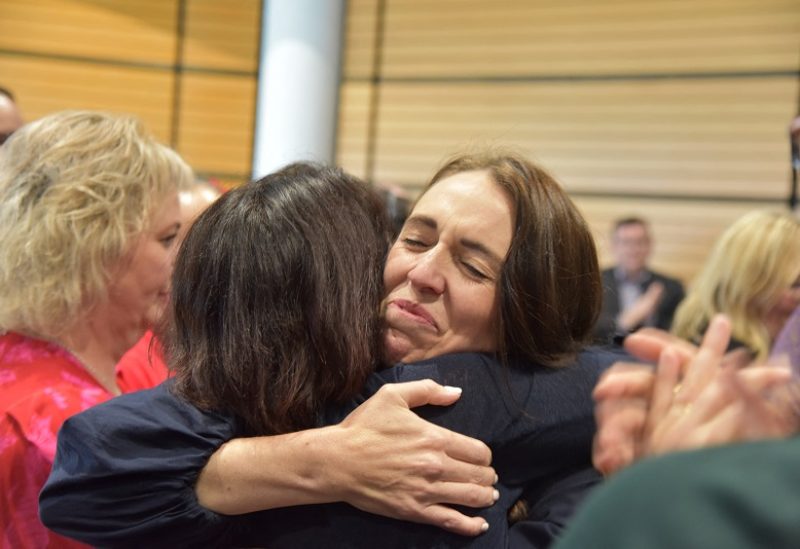 New Zealand Prime Minister Jacinda Ardern reacts following the announcement of her resignation at the War Memorial Hall, in Napier, New Zealand January 19, 2023. AAP Image/Ben McLay via REUTERS ATTENTION EDITORS - THIS IMAGE WAS PROVIDED BY A THIRD PARTY. NO RESALES. NO ARCHIVE. AUSTRALIA OUT. NEW ZEALAND OUT

“Politicians are human. We give all that we can, for as long as we can, and then it’s time. And for me, it’s time.” With ehese words, Jacinda Ardern, the Prime Minister of New Zealand, shocked the nation by announcing that she will be stepping down from the position as early as February. In a televised statement, she said that she will not run for re-election in 2023. Ardern stated that she was confident that New Zealand Labor will win in the forthcoming election, which is scheduled for this year.
Ardern, holding back tears, said that it had been a tough five and a half years as prime minister and that she was only human and needed to step aside.
“This summer, I had hoped to find a way to prepare for not just another year, but another term – because that is what this year requires. I have not been able to do that,” Ardern, 42, told a news conference.
“I know there will be much discussion in the aftermath of this decision as to what the so called ‘real’ reason was… The only interesting angle you will find is that after going on six years of some big challenges, that I am human.”
She told her daughter Neve that she was looking forward to being there when she started school this year. She also intends to marry her longtime partner Clarke Gayford soon.
After serving as prime minister for five years, Ardern would have run in a tough 2023 election. Despite winning re-election two years ago with historic proportions, Arden’s liberal Labour Party is now behind its conservative opponents as per recent surveys.
Meanwhile, New Zealand Deputy Prime Minister Grant Robertson, who also serves as finance minister, said he would not seek to stand as the next Labour leader.
In December 2022, Ardern got embroiled in a fiasco after her comments against the head of an opposition party were picked up by parliament microphones during a debate. After giving a passionate response to the leader’s query, Ardern sat down and muttered, “Such an arrogant prick.”