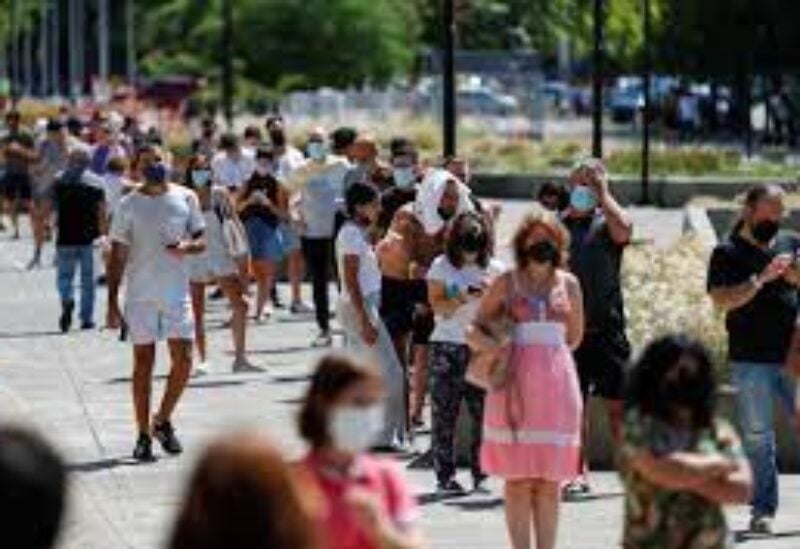 South America was the epicenter of the global struggle against COVID-19 during much of 2020 and early 2021.

Brazil, Latin America’s largest country, had its COVID-19 death toll jump to the second highest in the world, while Argentina and Peru recorded among of the world’s highest mortality rates per capita.

In recent months, however, the area has emerged as a surprising victor in the immunization race, despite spotty health systems and lower income levels than Europe or the United States.

According to the Our World in Data project, which collects official data from governments throughout the world, South America is currently the most vaccinated area in the world, with 63.3 percent of the population completely immunized.

With 60.7 percent, Europe comes in second. In Africa, just 8.8% of the population has received all of their vaccinations.

Infection and death rates have plummeted compared to the middle of the year when Latin America and the Caribbean accounted for almost half of global deaths and infections. Now it is Europe where – due to the spread of the Omicron variant – contagion is rebounding.

Epidemiologists point to several factors to explain the speedy vaccination drive. But the most important, they say, has been decades of successful inoculation campaigns that have created the infrastructure needed to deliver jabs en masse, while instilling trust among the population.

In Brazil, successful inoculation drives in the last half century against smallpox, meningitis, polio and measles means that very few people are opposed to vaccines, said Paulo Lotufo, an epidemiologist and professor at the University of Sao Paulo.

In some major cities, including Rio de Janeiro and Sao Paulo, over 99% of the adult population has received at least one dose, authorities say. Brazilians commonly claim with pride that the nation has a “cultura de vacinacao,” or “vaccine culture.”

The same can be said for several other nations in the region, which have previously launched expansive inoculation campaigns after traumatic infectious disease outbreaks in recent decades.

“This confidence, built up over several years, is based on the benefits of our extensive vaccination schedule,” said Leda Guzzi, a Buenos Aires-based infectious disease expert.

Effective public health messaging has been key, too, said Albert Ko, a professor at the Yale School of Public Health and a collaborating researcher at Rio de Janeiro’s Oswaldo Cruz Foundation.

In Brazil, for instance, a mascot resembling a docile white droplet, known as “Zé Gotinha,” has been heavily used by health officials to promote the vaccine, even as President Jair Bolsonaro has himself declined to be jabbed.

Earlier this year, baile funk star MC Fioti released a viral video with a modified version of one of his hits in association with the Butantan biomedical institute in Sao Paulo promoting the vaccine.

The region, however, is far from out of the woods, particularly as the Omicron variant spreads across the globe.

Even with an impressive 63.3% of the population vaccinated, the region remains below the threshold that most scientists say is needed to offer mass protection. Omicron is now raging in much of Europe despite similar levels of inoculation.

Among children, vaccination rates also vary dramatically from country to country in Latin America, with authorities in Mexico and Brazil relatively slow to approve shots for minors.

Another potential issue is the vaccines used.

Many countries, such as Chile, Uruguay and Brazil, relied heavily on Coronavac, a vaccine produced by China’s Sinovac Biotech Ltd, particularly in the initial phase of their vaccination drives.

While the vaccine is credited with getting jabs into arms quickly, its efficacy is lower than that of its peers, and at least one initial study has indicated it may not produce antibodies against the Omicron variant. Earlier in December, the World Health Organization (WHO) said that recipients of Sinovac – as well as all other “inactivated” vaccines – should get boosted.

Epidemiologists also say, Omicron may be more adept at dodging the immunity generated by previous COVID-19 infections. That could be bad news in a region where the virus ripped through entire neighborhoods in earlier stages of the pandemic.

“Many people, particularly in vulnerable communities in Brazil, have been infected,” said Ko, the Yale epidemiologist. “We see this virus infecting people who had already gotten infected before.”