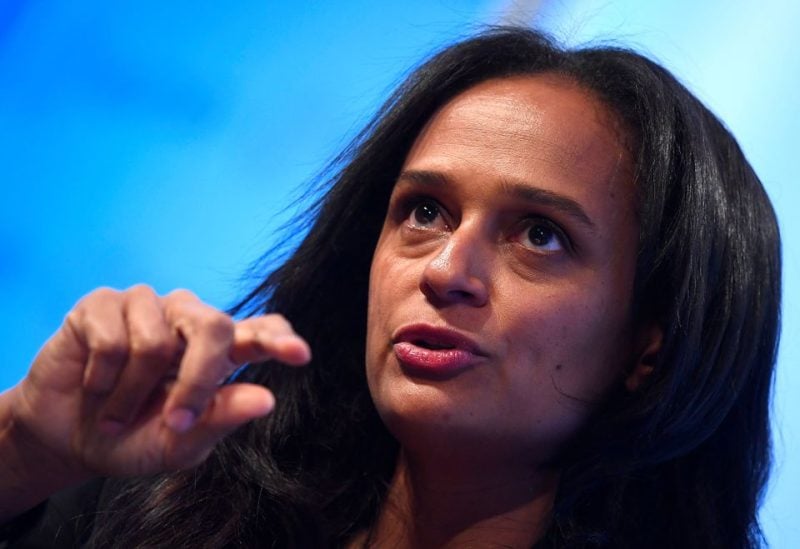 An official source representing Isabel dos Santos said on Saturday that the billionaire daughter of Angola’s former president has yet to be notified of an international arrest warrant allegedly issued by global police agency Interpol.

Dos Santos’ official source told Reuters that her lawyers had “consulted the Interpol database and, so far, there was no reference to the issuance of a warrant.”

Portugal’s Lusa news agency reported on Friday that Interpol had issued a warrant after public prosecutors in Angola asked the agency to “locate, arrest” and extradite dos Santos.

Interpol and the public prosecutors did not respond to requests by Reuters for comment.

Citing an official document, Lusa said the 49-year-old businesswoman was wanted for alleged offences including embezzlement, fraud, influence-peddling and money-laundering.

Dos Santos has for years faced accusations of corruption, including a 2020 allegation by Angola that during her father’s presidency she and her husband steered $1 billion in state funds to companies they held stakes in.

She has repeatedly denied any wrongdoing.

Dos Santos’ source said she had been aware for nearly three years of legal cases against her in both Portugal and Angola but that she had never been named as a defendant.

“Over these almost three years she formally made herself available to make statements whenever she was summoned,” the source said.

According to Friday’s report by Lusa, the arrest warrant mentions dos Santos is often in Portugal, the United Kingdom and the United Arab Emirates.