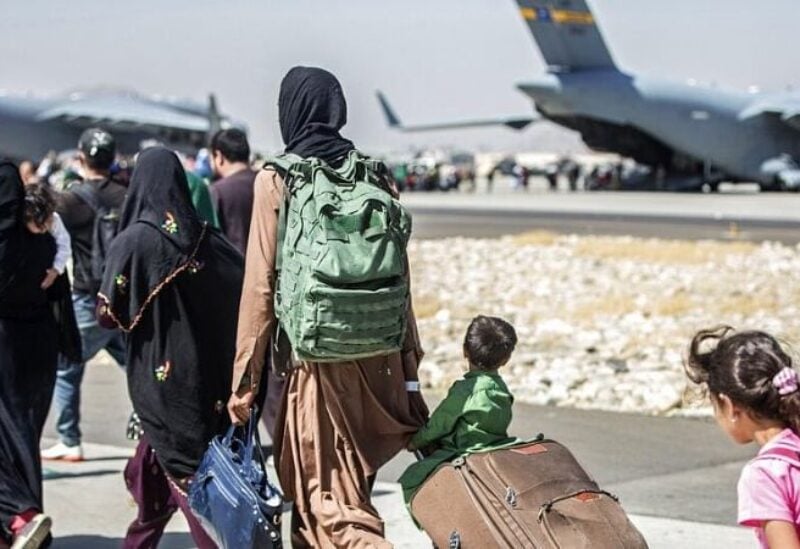 Two months ago, Usman was going through his worst hours since applying for asylum in France. His father was kidnapped for three days by the Taliban, an example of the abuses committed by Islamists since they came to power.

“They knocked on the door of our house in the middle of the night and ordered him to follow them. Then they locked him in a small dark room, where they beat him,” said this former senior official, who asks to testify under a pseudonym.

Usman, evacuated by France with his wife and children after the fall of Kabul, also requires that the name of his province be kept quiet, so as not to put his father, as well as the rest of his family, in greater danger.

The kidnappers were Taliban, he assures us. “They told my father that he was a + kafir + (an infidel in Arabic, editor’s note), that I had helped the Americans, that they were going to take our lands to give them to their mujahedin”.

For three days, the men of Usman’s family, accompanied by dignitaries from his village, pleaded the cause of the disappeared to the new authorities, he narrates. The maneuver has borne fruit. The old man was released overnight on the edge of a town.

“They wanted to kill him. It’s a miracle,” Usman breathes, consumed with “guilt” for having abandoned his loved ones there.

While Taliban power is not yet structured behind a single authority, “we were told that one of their groups had been persuaded to release my father. But that other groups could start over,” explains Omar (name d ‘loan), Usman’s brother, in France since 2020.

“Since then, every morning I wake up in anguish that history has repeated itself.”

Mirwais Afghan, the boss of UK-based Khabarial.com (Pashtun-language reporter.com), confirms the news: “The father was released thanks to the tribal chiefs.”

In Afghanistan, the heinous kidnappings, a scourge under the old regime, decreased under the Taliban, who on the other hand increased the forced disappearances, often fatal, he says. They are also accused of fatal settling of scores, sometimes wrongly, some taking advantage of the change of regime to settle non-political disputes in the blood.

However, the United Nations on Tuesday accused the Islamists of being responsible for at least 72 executions of former members of the Afghan forces and others associated with the former government since August. Words they qualified as “baseless rumors”.

On Khabarial.com, a “propaganda” site hostile to their movement, according to the Taliban, articles relating to assassinations by their fighters are almost daily.

Between Friday and Wednesday alone, Khabarial.com reported the deaths of four members of the former security forces, a woman and two children in six incidents in four different provinces.

“The real figures are much higher than those of the UN,” says Mirwais Afghan, who has counted more than 550 dead in the past four months in 8 of the 34 Afghan provinces thanks to his network of correspondents in the country. Information that this former BBC journalist claims to always cross-reference but that AFP could not verify.

“Last month, they beheaded a member of my family, a former police officer. We still have not found the head,” he continues. “Even I haven’t published this story. So who’s going to find out?”