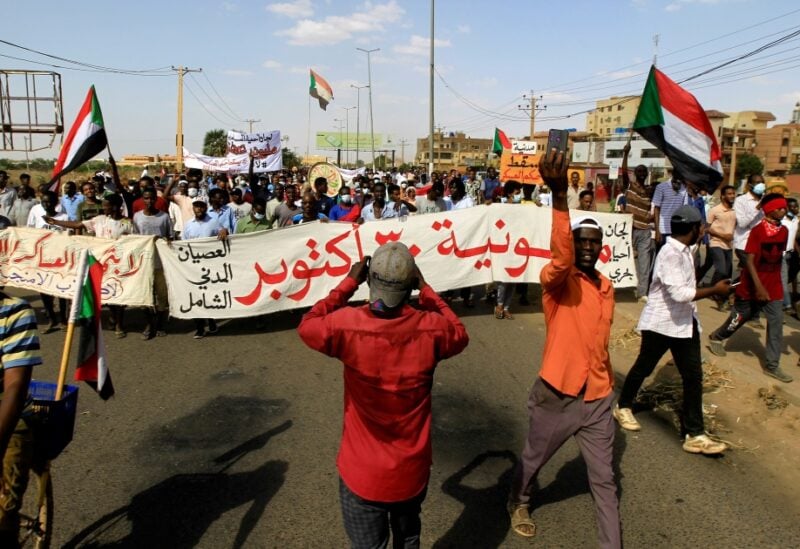 On Tuesday, protesters intend to march across Sudan and on the presidential palace in the latest show of opposition to military authority following last month’s coup.

The rallies were organized by neighborhood resistance groups, despite a last-week compromise that reinstalled civilian Prime Minister Abdalla Hamdok and resulted in the release of the majority of key lawmakers arrested since the coup.

The coup on Oct. 25 terminated a collaboration with civilian political organizations that had been in place since the overthrow of Omar al-Bashir in 2019 and attracted condemnation from Western countries, which froze funding.

The committees and political parties have rejected the deal, but Hamdok said it would bring the release of dozens of detainees, end a crackdown on protesters that has seen 42 people die, and preserve billions in foreign aid.

Wagdi Salih, popular leader of a controversial anti-corruption taskforce, was released late on Monday night, according to his Twitter account and sources close to him.

However, Salih and others including still-detained politicians Ibrahim al-Sheikh and Ismail al-Tag, face charges of inciting the armed forces, lawyer Moiz Hadra said.

“There are still detainees in Soba prison in Khartoum, men, women and children who were arrested during the protests under the state of emergency and we demand their release along with others across Sudan’s states,” he added.

“We will continue the popular escalation along with all the true revolutionary forces, until the complete demise of the junta,” said the civilian coalition, known as the Forces of Freedom and Change (FFC), in a statement early on Tuesday.

Referencing top military generals, the Khartoum committees said on Monday they “do not differentiate between Hamdok or Burhan or Hemedti and the rest of the generals, they are all participants in the coup and belong in the gallows.”

Military ruler Abdel Fattah al-Burhan has said the takeover was needed to set Sudan’s transition back on track and that peaceful rallies are allowed. Deaths during protests are being investigated, he has said, blaming police and armed political factions.