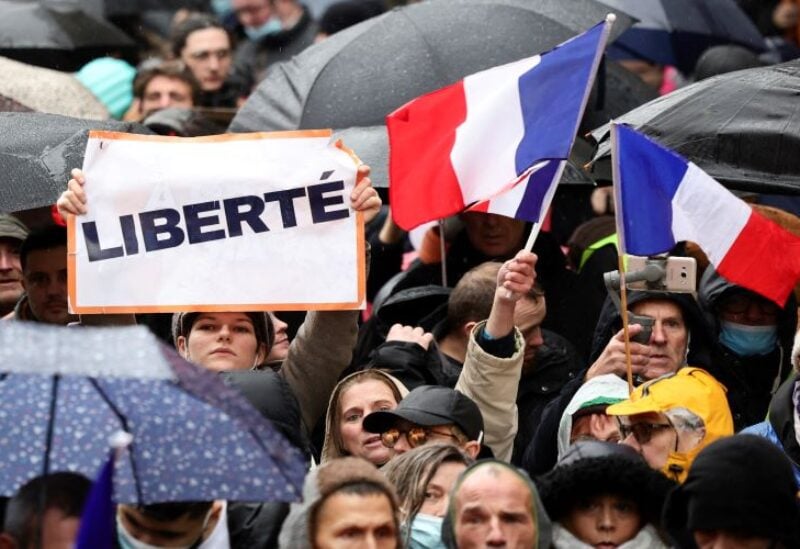 On Saturday, anti-vaccine demonstrators marched in towns throughout France, criticizing President Emmanuel Macron’s intention to “piss off” individuals who refuse COVID-19 doses by imposing restrictions on their fundamental freedoms.

Macron stated this week that he wished to upset unvaccinated individuals by making their life so difficult that they would end up being poked. Unvaccinated persons, he argued, were irresponsible and unable to be regarded citizens.

Protesters in Paris reacted in his slangy language, yelling “We’ll piss you off.”

Others held placards that said “No to the Vaccine Pass,” an allusion to Macron’s legislative drive to require evidence of vaccination to enter places including cafés, bars, and museums.

At one location, TV pictures showed clashes between demonstrators and police. Protesters took to the streets in Marseille, Nantes, and Le Mans, among other towns.

“(Macron’s comments) were the final straw. We do not act irresponsibly “According to hospital administrator Virginie Houget, who escaped a necessary immunization mandate for health workers after contracting COVID-19 late last year.
Protesters accuse Macron of violating their rights and treating individuals unequally. He claims that freedom entails duties such as safeguarding the health of others.

According to certain institutions, 85 percent of ICU patients are not immunized against COVID-19. According to data, 90 percent of over-12s who are eligible for the COVID vaccine are completely immunized.

In France, people must already present proof of vaccination or a negative test to access restaurants and pubs, as well as ride inter-regional trains. However, with Omicron infections on the rise, the government wants to eliminate the test option.

Protesters on the streets of Paris accused Macron of politicizing the epidemic ahead of the election.

“I want him to annoy drug traffickers and criminals, not the normal citizen,” said one 55-year-old protester who asked to remain anonymous since he owns a company.