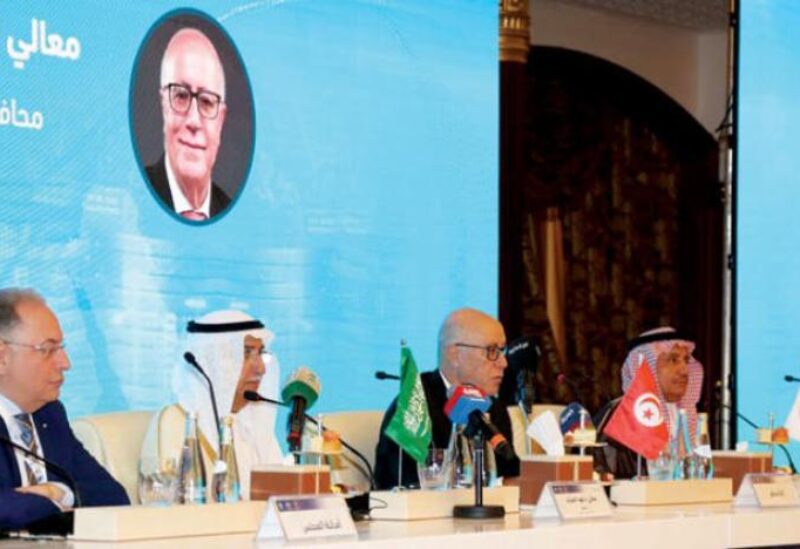 The meeting of the governors of Arab central banks and monetary institutions kicked off in Jeddah on Sunday. (Photo: Ghazi Mahdi)

Governors of Arab central banks and monetary institutions announced that central banks in the region have maintained capital and liquidity adequacy above the minimum limits established in the Basel Agreement, noting that the total debt in the sector exceeded $756 billion.

For his part, the Governor of the Saudi Central Bank, Dr. Fahd Al-Mubarak, said that inflation levels in his country were still within reasonable levels, pointing to the strength of the Saudi economy in light of the current challenges.

Al-Mubarak said that estimates for the second quarter of 2022 point to a real GDP growth of 11.8 percent on an annual basis, adding that inflation levels in the Kingdom were still within acceptable rates, registering an annual increase of 3 percent in July 2022.

Addressing the 46th session of the Board of Governors of Central Banks and Arab Monetary Institutions, Al-Mubarak said that the latest expectations of the International Monetary Fund (IMF) indicated a slowdown in the pace of global economic growth in 2022 to reach 3.2 percent, compared to the Fund’s expectations last April of 3.6 percent.

This was mainly due to changes in interest rates, high inflation and fluctuations in the global economy, as well as the challenges faced by emerging economies, according to the governor of SAMA.

He underlined the need for Arab countries to study all possible measures to address these challenges, coordinate efforts, and implement economic plans and reforms to achieve economic sustainability.

In a related context, the central banks in the Arab region have maintained capital adequacy, above the minimum limits established by the Basel decisions, according to Dr. Abdulrahman Al-Hamidy, Director General and Chairman of the Board of Directors of the Arab Monetary Fund.

Al-Hamidy added that the average capital adequacy ratio for the banking sector in the Arab countries amounted to about 17.8 percent by the end of 2021, while the ratio of liquid assets to the total assets of this sector reached about 32.7 percent at during the same period.

Al-Hamidy said that Arab economies were expected to register a 5.4 percent growth, compared to 3.5 percent recorded in 2021.