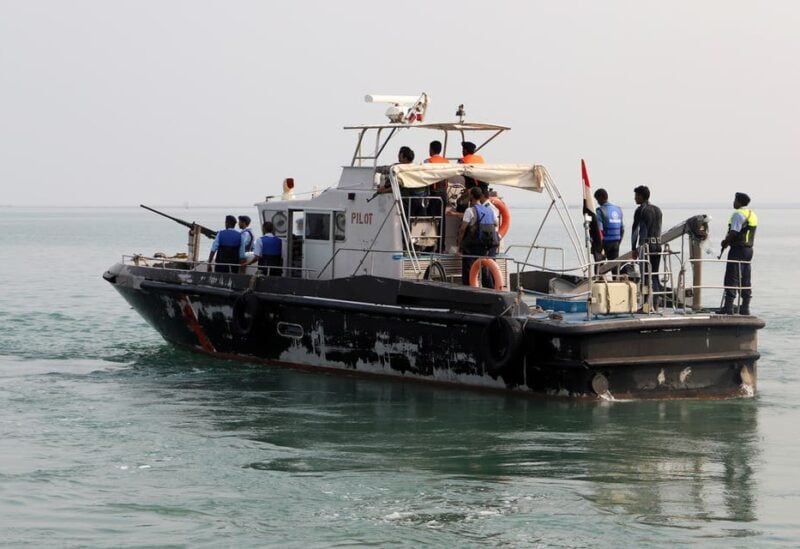 A tug boat (L) ferries members of a Houthi delegation to attend a meeting of a committee overseeing a UN-led peace deal that will be held on board a UN-chartered ship off Yemen's port city of Hodeidah September 8, 2019. (File photo: Reuters)

The coalition was able to destroy the boats in Yemen’s coastal village of As-Salif before the Houthis carried out their operation, according to a statement carried by the Saudi Press Agency (SPA).

The Iran-backed group continues to threaten shipping lines and international trade in the southern part of the Red Sea, the Arab Coalition said.

The Houthis also continue to violate the Stockholm Agreement by planning hostile attacks from the Hodeidah governorate, which is currently under their control, the statement added.

The Stockholm Agreement, which was signed by the internationally-recognized Yemeni government and the Houthis in December 2018, called for the withdrawal of troops on both sides from the major port city of Hodeidah.

The move was supposed to allow humanitarian aid to reach Yemenis suffering from famine. However, the Houthis continue fail to uphold their end of the agreement on the pullout.