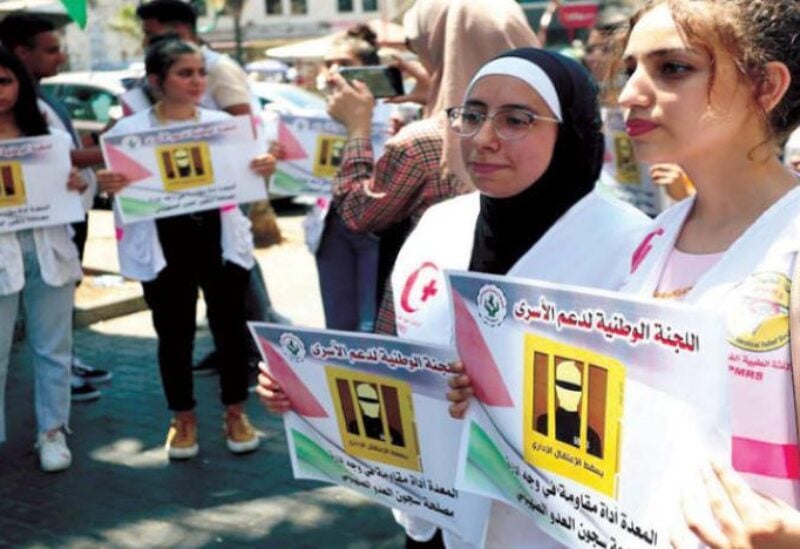 This came in letters he sent to the United Nations Secretary-General, President of the Inter-Parliamentary Union, regional parliament speakers and the UN High Commissioner for Human Rights.

Asoumi denounced Israel’s systematic violations against Palestinians through arbitrary detentions since the incidents of Sheikh Jarrah neighborhood in the occupied East Jerusalem and the land grab in the Palestinian Negev region.

He called for compelling the Israeli occupying authorities to respect and apply the international law, especially the Fourth Geneva Convention, halt arbitrary detention policies, put an end to the suffering of Palestinian administrative detainees and release them immediately.

He further urged them to expose the occupation forces’ judicial and military practices, noting that the number of administrative detention orders amounted to 1,600 out of nearly 8,000 arrested Palestinians in 2021.

The Arab Parliament strongly condemns and rejects these practices and considers them a blatant violation of the international law, relevant UN resolutions and international conventions.

“It considers them war crimes that fall within the jurisdiction of the International Criminal Court,” the letter read.

The administrative law is based on the British Emergency Law of 1945, which Israel used to arrest Palestinians and imprison them without trials for various periods automatically renewed.

The administrative imprisonment relies on a file that the Israeli security services claim is confidential.