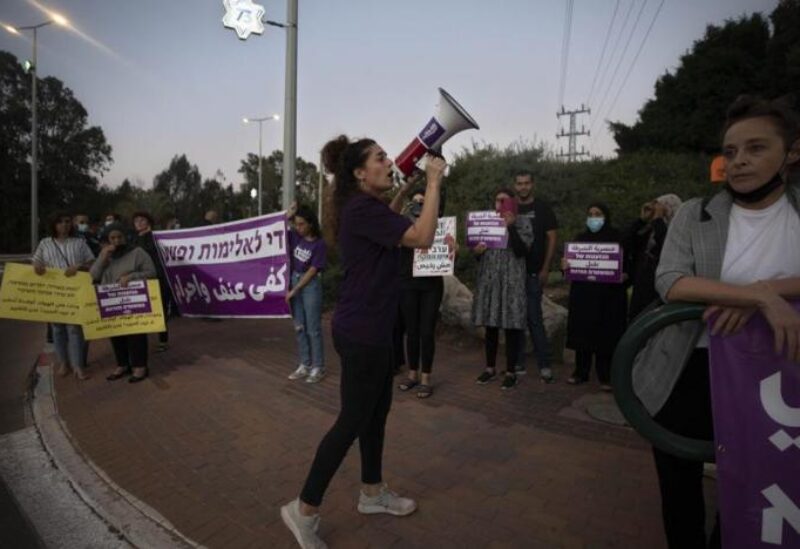 Arab citizens of Israel are seeking to raise awareness about the spiraling rate of violent crime in their communities under the hashtag “Arab lives matter,” but unlike a similar campaign in the United States, they are calling for more policing, not less.

The Arab minority, which makes up around 20% of Israel’s population, has been convulsed by violent crime in recent years, with a rate in killings that far exceeds its share of the population and is driven by criminal gangs and family disputes.

Activists say Israeli authorities have historically ignored deadly crime among Arabs. Israeli officials have touted a number of initiatives in recent years, including larger budgets for law enforcement in Arab communities, but police say community leaders could do more to help them.

At least 78 Arab citizens have been killed so far this year out of a total of 93 slayings nationwide, according to the Abraham Initiatives, an Israeli civil society organization fostering Jewish-Arab coexistence, The Associated Press reported.

Israeli Prime Minister Naftali Bennett pledged last month that after years of neglect, his newly inaugurated government would combat violent crime plaguing Arab communities. That was one of the top demands of a small Arab party that made history by joining his narrow coalition.

After another two people were killed in Arab towns last week, Arab blogger Sheren Falah Saab tweeted “#Arab_lives_matter” in Hebrew with the aim of opening a dialogue with Israel’s Jewish majority.

Her statement went viral on social media. Lawmakers, activists and organizations joined in the chorus, as did the minister in charge of the police.

Public Security Minister Omer Bar-lev blamed the problem on “decades of neglect, disregard and fear of getting into the thick of the problems of the Arab sector and the prevailing assumption that ‘as long as they kill each other, then this is their problem.’”

“In the first 100 days since taking office, I did more than was done in last decades dealing with crime in the Arab sector. Yes, #Arab_Lives_Matter,” he tweeted.

Israel’s Arab citizens have citizenship, including the right to vote, but face discrimination in housing and other sectors. Most speak fluent Hebrew, and they an have an outsized presence in universities and medicine, among other professions.

They also have close family ties to the Palestinians in the West Bank and Gaza and largely identify with their cause, leading many Israeli Jews to view them with suspicion. Within the community there is widespread distrust of the mostly Jewish Israeli police but also growing calls for them to intervene more forcefully to combat violence.

“I want the police to do its job properly. Enough,” said Muna Khalil, whose son was shot and killed in June. She criticized the police for not doing enough to find her son’s killer and bring him to justice. “They know who killed my son, but they are not doing the right thing.”