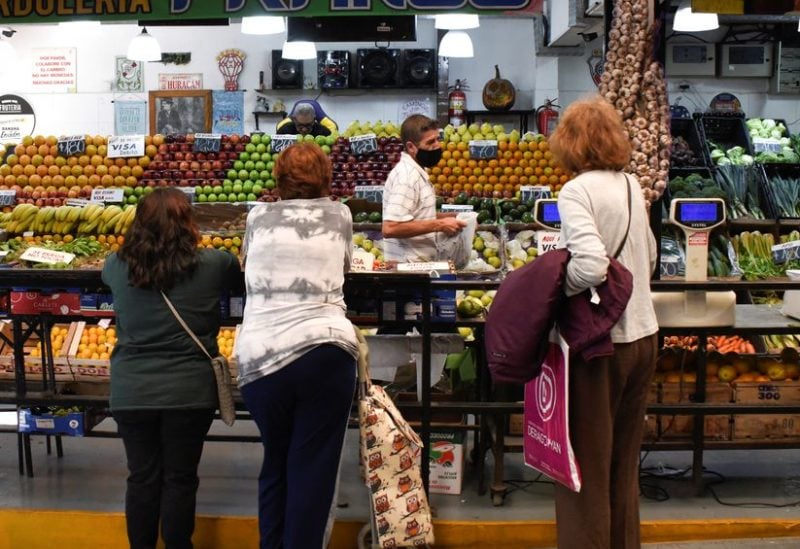 Customers line up to buy produce in a market as inflation in Argentina hits its highest level in years, causing food prices to spiral, in Buenos Aires, Argentina April 12, 2022. REUTERS/Mariana Nedelcu

Argentina’s inflation is predicted to climb by 5.2% in December. However, the government is expecting to surpass this prediction and keep the consumer price increase under 5% in the final month of 2022, according to the median response of economists surveyed by Reuters.

The South American nation is struggling with extreme inflation, which is predicted to reach one of the highest levels in the world—95.5%—by the end of the year. Increased costs have had a negative impact on GDP, as well as salaries and purchasing power.

In a recent interview, Economy Minister Sergio Massa said monthly inflation would not exceed 5% in December and noted the objective was for it to stand at around 3% in April.

However, estimates from 19 local and foreign analysts showed a slightly higher rise in the consumer price index for the late month of 2022, with projections ranging from 4.9% to 6.3%.

Prices of fruits and vegetables were showing an upward trend during the month, while meat price rises slowed, according to Lucio Garay Mendez, economist at consultancy EcoGo.

Economists expect monthly inflation to remain around 5% for the start of 2023, driven by an economic slowdown and price cap agreements on retail products.

“But risks remain elevated, and the shortage of (U.S.) dollars may translate into a further escalation of parallel (market) dollars, leading to higher inflation,” said Isaias Marini, an economist at consultancy Econviews.