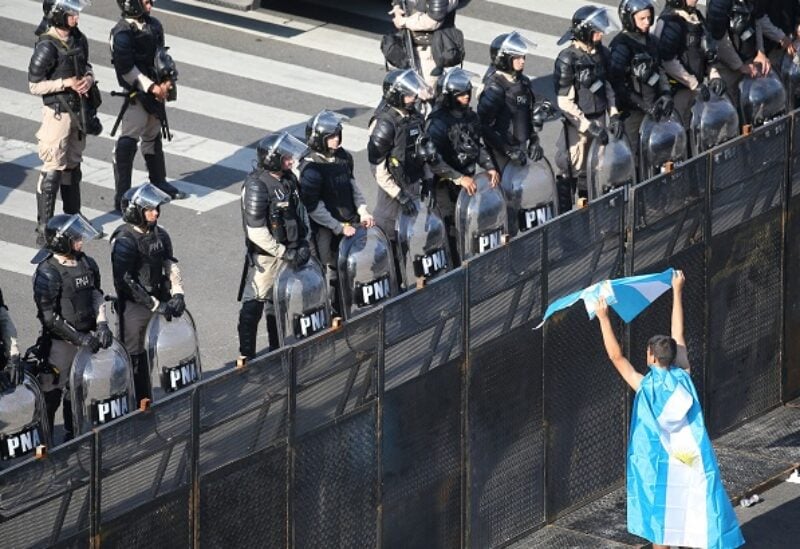 A demonstrator shows the Argentine flag to riot police in Argentina

International human rights groups on Friday denounced what they described as the use of “indiscriminate” force by police in Argentina´s Formosa province against people protesting tightening restrictions amid a surge in COVID-19 cases.

Local media broadcast images on Friday depicting regional police firing rubber bullets and tear gas at demonstrators in the provincial capital Formosa after authorities moved to close down some businesses to curb the recent spike in infections.

The regional office of the United Nations High Commissioner for Human Rights (OHCHR) and the resident coordinator for United Nations Argentina said in a statement they were concerned police had employed “indiscriminate violence that resulted in people being wounded and arrested.”

The Inter-American Commission on Human Rights voiced on its Twitter account its concerns over reports that “police officers had used rubber pellets, tear gas and beatings against protesters and journalists.”

“The State must guarantee the free peaceful expression of citizens…violence is never the way,” President Alberto Fernandez´s chief of staff, Santiago Cafiero, wrote on Twitter.

Formosa, in northern Argentina, is one of the poorest provinces in the South American country and has been hard struck by a recession made worse by the COVID-19 pandemic.

Argentina, a top global grains producer, has reported 2.14 million cases of coronavirus since March 2020, and at least 52,784 deaths from the virus.