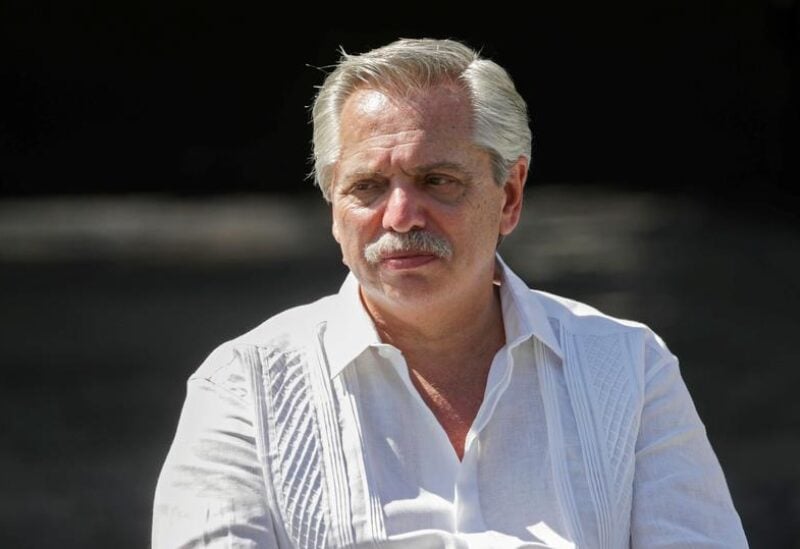 The President of Argentina, Alberto Fernández, has tested positive for the coronavirus despite having the Russian-made vaccine Sputnik V in January, the Daily Mail reported on Monday.

Fernández had the vaccine dose publicly in a Buenos Aires hospital on January 21 but came down with a fever and slight headache on Friday, prompting him to get tested. His diagnosis was confirmed with an antigen test, followed by a PCR test, over the weekend.

“I’m already isolated, complying with the current protocol and following the instructions of my personal doctor,” Fernández said.

“I have contacted the people I met in the last 48 hours to assess whether they constitute close contact,” he added.

The President’s medical team said he was “stable, asymptomatic, with parameters within normal ranges.”

The 62-year-old president has received both shots of the Sputnik V vaccine, one in January and the second in February.

In reaction to the news, Russia’s Gamaleya Institute, which developed the Sputnik V vaccine, reiterated the high effectiveness of the jab, citing research data published in the medical journal The Lancet in February.

“If the infection is indeed confirmed and occurs, the inoculation ensures quick recovery without severe symptoms. We wish you a quick recovery!”

It remains unclear how effective COVID-19 vaccines are at stopping the person from contracting the virus.

It remains possible to contract and test positive for COVID-19 after having the shot, however, the vaccine significantly reduces the likelihood of severe symptoms to the virus.

Argentina was the first country in South America to rollout the Sputnik V vaccine in December and has ordered around 25 million shots. However, the rollout has been marred in controversy after nearly 70 people got inoculated early.

The then-health minster Ginés González García stepped down over the debacle, but Fernández defended his early receipt vaccine, saying it was necessary.

He told reporters: ‘The media in Argentina put Alberto Fernández among the people who received the vaccine inappropriately, but I had to get the vaccine because the Argentine media said the Russian vaccine could not be trusted. I had to call on the trust of the citizens’.

More than 1.5% of Argentina’s population have now received two shots of the vaccine, but the country remains in a partial lockdown to curb the spread of the virus.

Last week, the cabinet suspended flights from Chile, Brazil and Mexico after seeing rising case numbers in those countries. Flights from the United Kingdom have also been suspended.