Argentine President apologizes for what he tweeted about Brazilians 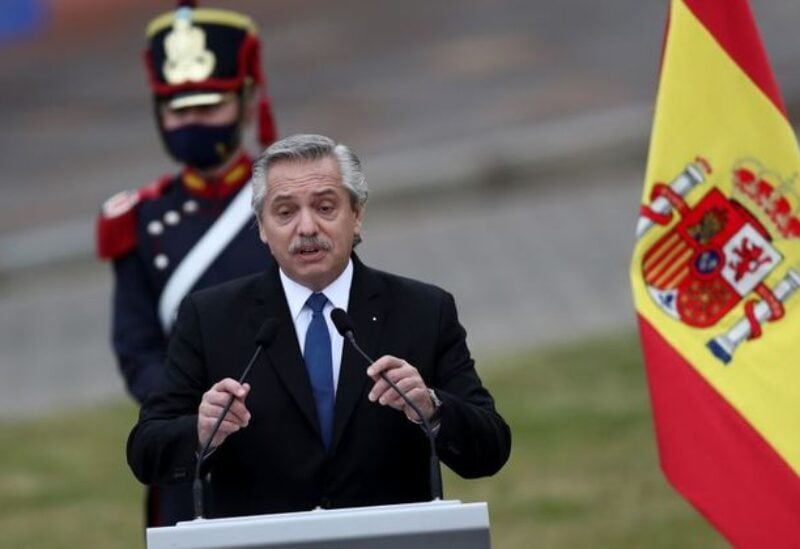 “In the first half of the twentieth century, we welcomed more than five million immigrants who lived with our indigenous peoples. We are proud of our diversity. I did not mean to offend anyone” but “I offer my apologies.” This is how the Argentinian president apologized today.

“We Argentines arrived from the ships, while the Mexicans came from the Indians and the Brazilians from the bush. They were European ships, by the way “Fernandez was speaking about the country’s large number of European migrants. Later, he apologized and emphasized that his country’s variety was something to be proud of.

Fernandez appears to have borrowed the line from a song by Lito Nebbia, a local artist who has won the President’s admiration on several occasions.

The remarks went viral on social media, with many people denouncing Fernandez for his racial insensitivity.

“I did not aim to upset anyone, in any case, I apologize to anyone who has felt offended or invisible,” Fernandez stated on Twitter.

Bolsonaro obliged by tweeting a photograph of himself wearing a native head-dress, smiling among a group of indigenous people. The only text in tweet was the word “JUNGLE” in capital letters, flanked by a Brazilian flag emoji.

The statements were criticized as “racist” by Eduardo Bolsonaro, a politician and the Brazilian president’s son, who fired back at Argentina over its ailing economy, which has been in recession since 2018.

He wrote on Twitter, “I say the ship that is sinking is Argentina’s.”

On YouTube, users responded to a video of the speech by expressing their displeasure or anxiety.

“Please accept my apologies, Mexican and Brazilian friends; we, the Argentines, are really embarrassed. You know how much we like you, your country, and your traditions “Barbara Bongiovanni, one of the users, stated.