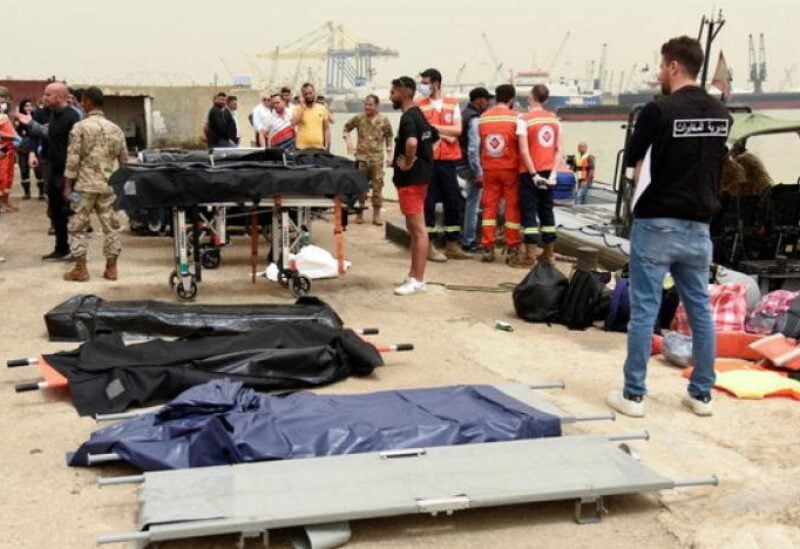 Lebanon’s Army Commander, General Joseph Aoun, has urged the families of the victims of the migrant boat that capsized off Tripoli’s coast last month, “not to allow the tragedy to be [politically] exploited”, stressing that investigations would be completed “with all transparency and impartiality.”

The boat sank off the coast of Tripoli in northern Lebanon two weeks ago, carrying more than 84 people who were trying to escape across the Mediterranean to Europe.

The vessel collided with a Lebanese army boat that was trying to stop it. Forty-five people were rescued, while the army recovered seven bodies, and many are still missing.

The Army Commander met on Thursday with a delegation of families of the victims, including a number of survivors, who pointed to the poor economic conditions that pushed them to choose emigration by sea.

Lebanon’s official National News Agency (NNA) reported that the families “renewed their confidence in the military institution and its wisdom in dealing with their case,” and “called for not stopping the search to find the missing persons.”

“This tragedy has affected everyone,” Aoun said, noting that the ongoing investigation “will be transparent and impartial.”

The Army commander emphasized that the “relationship between the army and the people of Tripoli is solid, and no one can distort it for any goals.”

Lebanon was once a transit point for asylum seekers from elsewhere in the Middle East who were hoping to reach the European Union island state of Cyprus, 175 kilometers away.

However, with the deteriorating economic and living conditions, the number of Lebanese migrants trying to flee by sea has significantly increased over the past two years.

The UN says more than 1,500 migrants have tried to leave Lebanon in this way since the start of 2021.