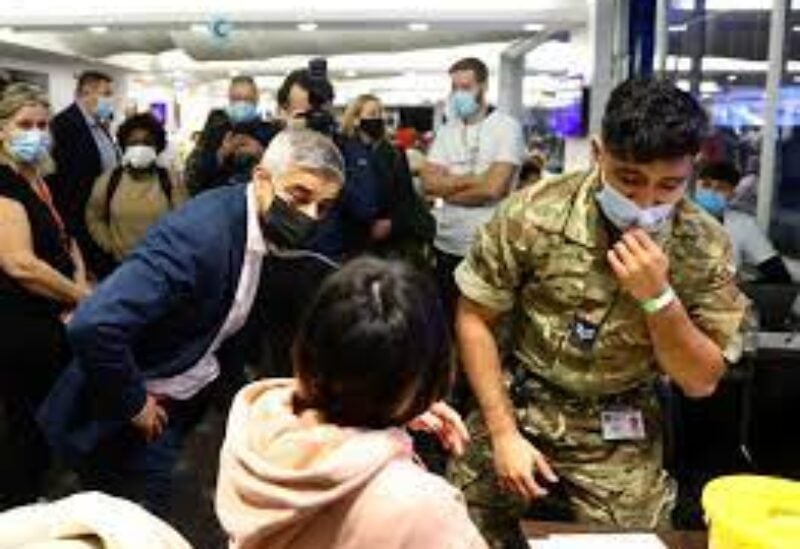 On Saturday, the United Kingdom reported a spike in cases of the fast-spreading Omicron coronavirus type, and London’s mayor declared a “major incident” to assist the capital’s hospitals in the wake of a sharp increase in COVID-19 admissions.

According to the latest data from the UK Health Security Agency (UKHSA), the total number of Omicron cases documented across the country reached nearly 25,000 as of 1800 GMT on Friday, increasing by more than 10,000 instances from the previous 24 hours.

As of Thursday, seven patients suspected to have the Omicron variant have died, up from one death in the UKHSA’s prior statistics, which covered the period from Tuesday to Thursday. Hospitalizations of patients suspected of having the variation rose from 65 to 85.

“I’ve taken the decision, in consultation with our partners, to declare a major incident today,” Khan said during a visit to Stamford Bridge, the home of Chelsea Football Club which is being used as a mass vaccination centre.

“This is a statement of how serious things are,” he said.

The Omicron variant is estimated to account for more than 80% of new COVID-19 cases in London, officials said on Friday.

Prime Minister Boris Johnson was due to chair an emergency committee meeting over the weekend with the devolved administrations in Scotland, Wales and Northern Ireland, which have their own powers over public health.

Sky News said government ministers were being briefed on the latest coronavirus data on Saturday.

The Times newspaper reported that officials were preparing draft new rules that, if introduced, would ban indoor mixing in England except for work for two weeks after Christmas when pubs and restaurants would be limited to table service outdoors.

People would be able to meet in groups of up to six outdoors, the newspaper said.

But ministers were yet to formally consider the plans, The Times said.

Johnson said on Friday “we are not closing things down”.

A government spokesperson, asked about The Times report, said the government would continue to “look closely at all the emerging data and we’ll keep our measures under review as we learn more about this variant”.

The total number of all new COVID-19 cases reported in official data edged down to 90,418 from a record high of more than 93,000 on Friday, but that was still the country’s second-highest daily toll. Figures typically dip at the weekend.

Cases were up 44.4% over the seven days to Dec. 18 compared with the previous week.