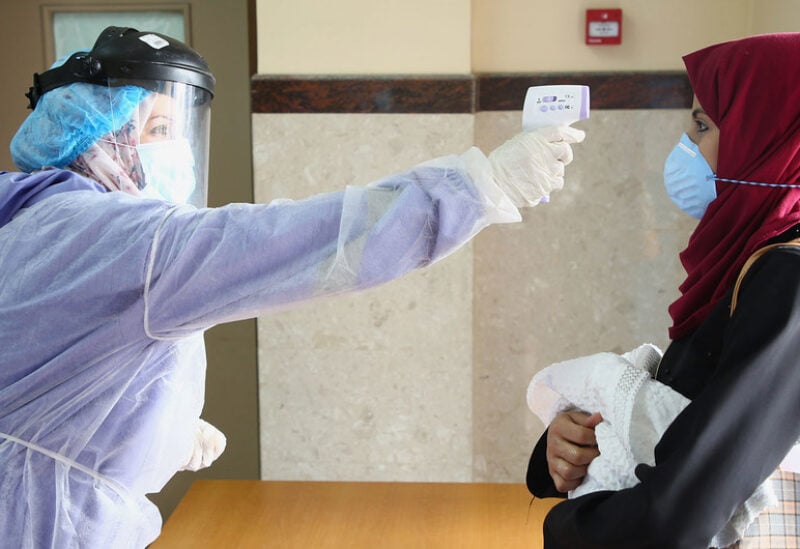 According to estimates, some 95 percent of recent coronavirus cases have been caused by the Delta strain. And although an official in Ramallah says they’re managing to cope with the crisis, he also warns the situation could spiral out of control if people continue to ignore the restrictive measures set by the government.

Just as in neighboring Israel, where the Delta variant of COVID-19 continues to spread, authorities in the West Bank are also scratching their heads over ways to handle the strain, believed to be 70 percent more contagious than the original virus.

Recently, Palestinian Minister of Health Mai Al Kaila said that the Delta variant was responsible for 95 percent of new coronavirus cases, and that it was spreading quickly in all towns and cities.

On Saturday, more than 500 new cases were registered in the West Bank, pushing the overall number of patients to nearly 7,000.

Deterioration Still Possible
Although authorities in the West Bank believe it is too early to panic, Mahdy Rashid, the Palestinian official in charge of the coronavirus file in Ramallah, says the situation might spiral out of control if restrictions aren’t adhered to.

“We have adopted a number of health instructions since the outbreak of the coronavirus in the Palestinian territories last March. And if the public doesn’t adhere to these rules, the situation could soon deteriorate”.
When the virus was at its peak in the West Bank, authorities imposed a number of restrictive measures aimed at curbing the spread of the virus.

Aside from imposing a lockdown in February, they also limited the number of people allowed in indoor and outdoor areas, they called on the public to maintain social distance, and emphasized the need for hygiene.

But Rashid says many of their calls fell on deaf ears, with the public failing to “abide by the health instructions and protocols”.

Now, says the official, his people are reaping what they sowed.

“We have announced a state of emergency in all our hospitals and medical centres. We have experienced medical staff able to cope with the infections but we need the beds and the means to carry on with our job”.

Rashid is calling on the international community to step up its efforts in helping the Palestinians to overcome the current crisis.

Several countries have already done so. At the beginning of July, it was reported that USAID together with Catholic Relief Services pledged $6 million in assistance to more than 10 hospitals across the West Bank.

In mid-August, the area also received 150,000 doses of the Pfizer vaccine and, more recently, it has also been boosted by an additional batch of 500,000 doses.

Yet, despite the generous donations, many Palestinians are still hesitating to get the jab, fearing health repercussions.
So far, the West Bank and the Gaza Strip have received more than a million vaccines but only 9.2 percent or 5 million people have been fully inoculated.

Authorities are now applying pressure and leading a fierce campaign to encourage people to get a shot and Rashid says it is their efforts that have helped protect the population from a serious spike in numbers.

“In the West Bank, we have a high rate of people who have already gotten the jab. Even though the vaccine cannot prevent people from catching the virus, it can decrease its effects, and it can lower the cases of death”.

However, as new strains continue to appear, including in neighboring Israel, where authorities registered at least ten cases of the South American strain believed to be resilient to vaccines, Rashid is worried that the new variant of COVID-19 will inevitably reach the Palestinian territories.

“We are following the situation in Israel closely, especially given that our people are entering the country and working there. We are doing our best to curb the virus, but it will also depend on the people and whether they will assume responsibility towards themselves and others and adhere to the measures the government has introduced. At the end of the day, it will save our elderly and the younger population”.