As Israel Detects Spike in COVID-19 Cases, Expert Says Country Should Get Used to Living With Virus 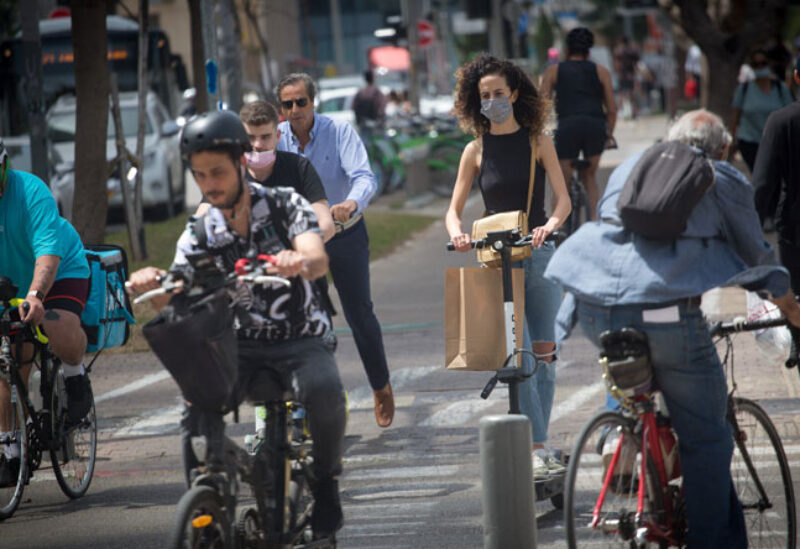 At the beginning of June, Israel, considered to be one of the most-vaccinated nations, had rarely exceeded 50 new daily cases. But as the Delta variant keeps spreading, the country has started witnessing a surge in coronavirus patients.

The Delta variant of the coronavirus keeps presenting a challenge in Israel, which registered more than 500 new cases on Thursday.

Right now, there are over 3,600 active cases across the country. But just several weeks ago, this wasn’t the case.

In early June, the daily volume of new cases did not exceeded 50 people, but as the Delta variant — believed to be 70 percent more contagious than the original virus — kept spreading, the numbers started going up gradually.

Authorities have already started re-introducing a number of restrictive measures aimed at curbing the spread of the virus.

Earlier this month, they re-imposed the obligatory use of face masks, which had been lifted some time ago. They updated a list of “red” countries where the number of cases is high, and banned Israelis from going there, and they halted travel to Israel for tourists who were supposed to arrive at the beginning of July.
In a parallel development, Prime Minister Naftali Bennett also announced on Wednesday that Israel would boost its national vaccination campaign in a bid to reach the much-needed herd immunity.

Hadari says the health organisation that he is working for is exerting maximum efforts into the drive to inoculate children aged 12 to 15.

“We have just been told that 50 percent of young people registered with Maccabi were vaccinated. We will keep going down that path and will continue to encourage people to get a jab.”
As part of their efforts, Maccabi specialists set up mobile vaccination units that roamed beaches and public places in a bid to raise more awareness. Hadari says this has been met with a mixed response.

“In every age group, there are those, who are open to the vaccination, and there are also those who need to be pushed. The younger generation is no exception.”

However, despite some reluctance, Israel has already managed to become one of the most vaccinated countries in the world. According to recent statistics, more than 5 out of its 9 million citizens are fully vaccinated, but in spite of the impressive numbers, COVID-19 continues to claim a toll.

Today, 37 out of all 3,300 cases are patients in severe or critical condition, 13 are connected to ventilators.

Hadari explains this by pinning the blame on Israel’s relatively young population that is still not fully vaccinated and on the density of the country’s inhabitants that transmit the virus within families and communities.

Although the numbers are not as alarming as they were a year ago, when the pandemic was at its peak, experts warn that negligence in tackling the situation might be catastrophic, and that it might also lead to another lockdown, the fourth in less than 1.5 years.

But Hadari is certain that it is not a way out. “You cannot run the country only through the prism of health. Healthwise, of course it is easier to keep everyone under a lockdown but we already know that the disadvantages of this method outweigh its advantages.”

On Wednesday, Israel discovered the so-called Delta Plus virus. Experts are still investigating whether the new variant is more contagious than the previous one but the mere fact that COVID-19 keeps transforming stirs uncertainty and panic.