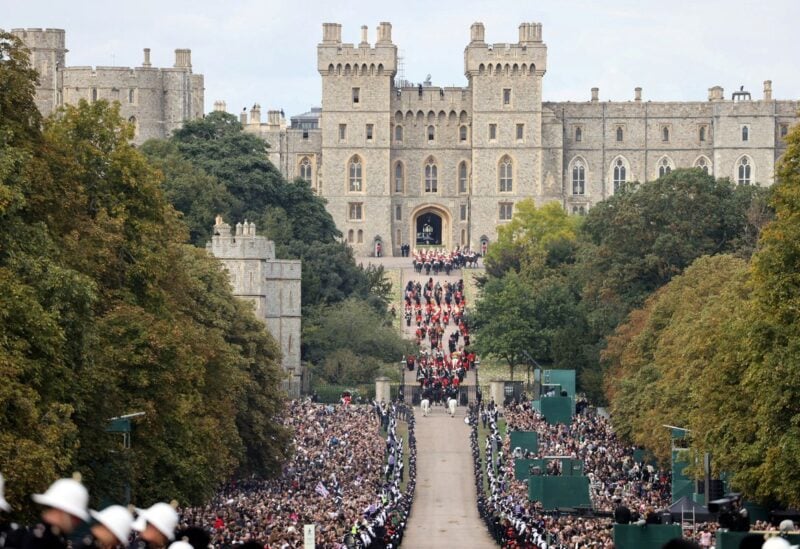 The government reported on Tuesday, as the country’s period of national mourning came to a close, that about 250,000 mourners had gone past Queen Elizabeth’s casket at Westminster Hall in London while she was laying in state.

The world’s attention was focused on London on Monday as the queen was buried following her 70-year reign in a glittering display of ceremony and grandeur that featured one of the biggest military processions ever seen in Britain.

On Tuesday, traffic returned to the roads through which her coffin was carried, workers headed to their offices and London’s streets were swept clean after more than 10 days in which reality had been suspended for many across the country.

The royal family will observe an extended period of mourning that ends on the seventh day after the funeral, with flags at royal residences remaining at half mast.

For four and a half days before Monday’s funeral, members of the public queued round the clock to pay their respects to the queen inside parliament, with many waiting through the night for more than 12 hours for their chance to file past the coffin.

Preliminary estimates showed that 250,000 people attended the lying-in-state, according to culture minister Michelle Donelan, whose department organised the miles-long queue that snaked along the south bank of the River Thames.

Although not final, that number was well short of initial estimates that up to a million people could take part. Donelan dismissed those estimates as “media speculation”.

“There were many other ways that people chose to mourn as well — putting flowers in the parks or waiting and watching the royal family as they entered that vigil,” she said on Talk TV.

The BBC national broadcaster had provided a live stream of mourners from all walks of life filing past the raised coffin surrounded by an elaborately-uniformed ceremonial guard.

The House of Commons estimated in a 2002 briefing note that 321,360 people had filed past the coffin of Britain’s war-time Prime Minister Winston Churchill who died in 1965, and around 200,000 visited the Queen Mother in 2002.

After the outpouring of national emotion, focus is expected to return to both the future of Britain’s monarchy under King Charles, and the economic slump facing the country as winter approaches and the reality of soaring energy bills bites.