As Spain’s beaches fill up, a seaside resort sends in the drones 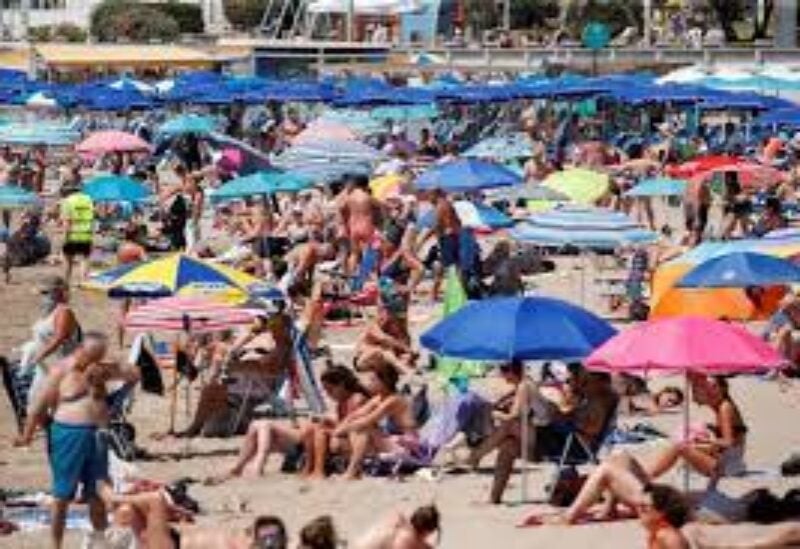 Authorities in the northern Spanish seaside resort of Sitges are testing the use of drones to monitor crowds in real time and combat a rapid surge in COVID-19 contagion as a result of a summer heatwave that has sent throngs of people to the beach.

“It’s a ground-breaking system,” said Ricardo Monje, a drone operator of Annunzia ES, the project’s developer. “We can take images, run them through some program, and then count how many people are on the beach with the software.”

According to the town council, the experimental initiative will run through August 22 and will allow police to respond more quickly to crowds forming along Sitges’ 18 kilometers of beach.

“If we see the beach is very crowded we can pass that information on to the beach monitors who will make checks and ensure people are keeping their distance,” said local official Guillem Escola.

“If people don’t take notice, then we send in the police.”

The town hall said the project would adhere to all data-protection laws and ensure any images captured of people would remain anonymous, but some local residents harbour concerns.

“I think it’s a good idea but they must communicate with the population and identify the drone because otherwise it’s an intervention in our civil liberties,” said Jimmy Burns, an Anglo-Spanish journalist and writer who lives in Sitges.

Police in Madrid have already been using drones equipped with spotlights and loudspeakers to locate and break up outdoor parties.

Spain’s COVID-19 prevalence has more than tripled in the last two weeks, fueled by the highly contagious Delta form and a strong surge in socializing among young people.

Catalan authorities announced on Wednesday that they will impose a curfew on 158 municipalities, including Sitges, because the region has Spain’s highest 14-day infection rate of 1,068 cases per 100,000 people, more than double the national average.