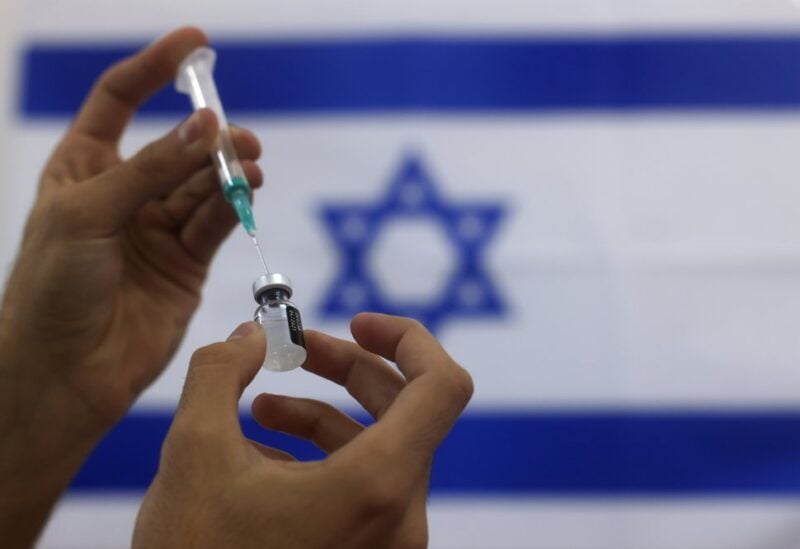 JERUSALEM: After surging ahead in the race to vaccinate its population against the coronavirus, Israel is blaming online misinformation for a sudden slowdown in the campaign. Now, officials are fighting back.

Israel’s Health Ministry, which is spearheading the vaccination efforts, is employing both warnings and incentives as it tries to persuade reluctant holdouts to get immunized. It has beefed up a digital task force to counter spurious claims about the vaccines, while local governments are turning to DJs and free food to lure people to vaccination centers. Concerts and museums could soon be off limits to the unvaccinated.

“Decide whether you are part of the celebration or whether you will be left behind,” Health Minister Yuli Edelstein declared on Twitter. “Just lend a shoulder to the vaccine.”

Since launching its COVID-19 vaccine campaign in December, over a quarter of the population — 2.5 million people — has received both doses of the Pfizer/BioNTech vaccine, according to the Health Ministry. Over 44% have received the first shot.

The vaccination rates are among the highest in the world, and many countries are looking at the Israeli experience to understand what may lie ahead in the future.

But in a cause for concern, Israel has seen a drop in immunization rates since making the vaccine available to everyone over the age of 16 this month. In February, Israel averaged just over 106,000 vaccinations per day, down from January’s daily average of more than 127,000 per day, according to Health Ministry statistics.

The reluctance of some groups in the population to get vaccinated is a key reason why infection rates remain high.

Israel, a country of 9.3 million people, has reported over 5,000 new cases each day over the past week, according to the ministry. In all, the country has recorded over 723,000 cases of COVID-19 since the start of the pandemic and nearly 5,400 deaths — over 20% of them in the past month.

Last week Prime Minister Benjamin Netanyahu, who has pinned his reelection hopes on the vaccination campaign, said the only obstacle to completing the task was “the fake news and the superstitious and sometimes malicious beliefs that are planted in the public and on the internet.”