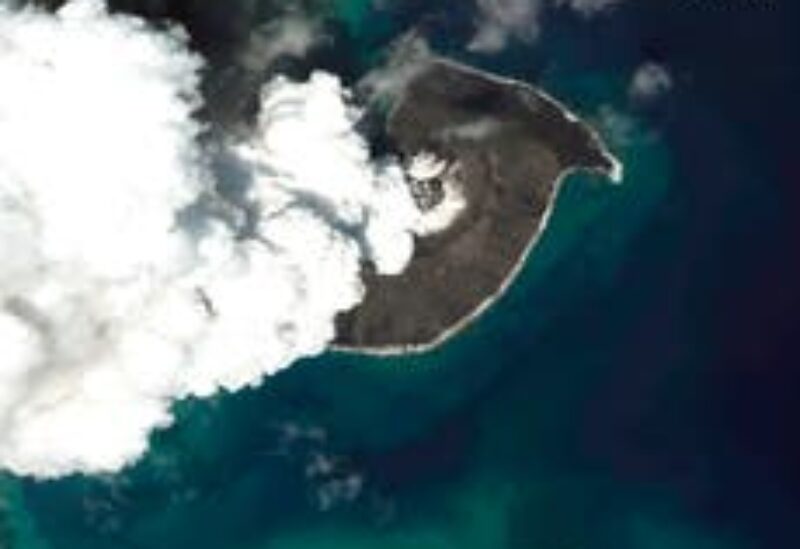 Arpan Rai wrote the following article in The Independent:

The thick blanket of ash mixing with seawater in Tonga after Saturday’s massive volcano eruption could cause significant toxic health and environmental hazards, scientists studying the impact have warned.

These include contamination of drinking water, acute and chronic threats to health, as well as risk to livelihoods such as small-scale agriculture, a team of scientists from Cornell University, heading the NASA-funded study, concluded.

Enormous amounts of substances such as chlorine were released during the explosion and when mixed with gases from the magma, it created a potentially lethal cocktail that forms salts and acidic brines on the ash particles, said Adrian Hornby, a researcher on the project.

“Previous studies at Hunga Tonga-Hunga Haʻapai have shown that the ash carries some of the highest burdens of salts ever recorded, which may contain highly toxic species such as sulfer, chlorine and fluorine,” Mr Hornby said, reported Newswise.

He added: “These salts get deposited with the ash and can be easily leached by rainfall, causing an immediate hazard to water quality, agriculture and the natural environment.”

Principal investigator Natalie Mahowald warned that ash released from volcanic eruptions contain “both pollutants and nutrients, which can shift the ecosystems in dramatic ways”.

“There are preliminary reports that hydrogen chloride concentrations have been detected by satellite at higher than usual levels in the atmosphere over Tonga,” said Matthew Pritchard, the co-principal investigator on the project.

He added: “Since water-magma interaction produces very fine volcanic ash and the ash plume appears to have reached at least 20 km (12 miles) altitude, I expect the ash will disperse over a much broader region than previous eruptions.”

The Tonga explosion has been dubbed “something very different” as when volcanoes erupt underwater, they create small ash clouds, unlike here.

At least three smaller islands in Tonga have suffered significant damage from the tsunami waves as the ground picture is beginning to emerge after the destruction.

Three people have been confirmed dead, including a British aid worker, and tens of thousands have been impacted authorities said, expecting the toll to rise in the coming days.