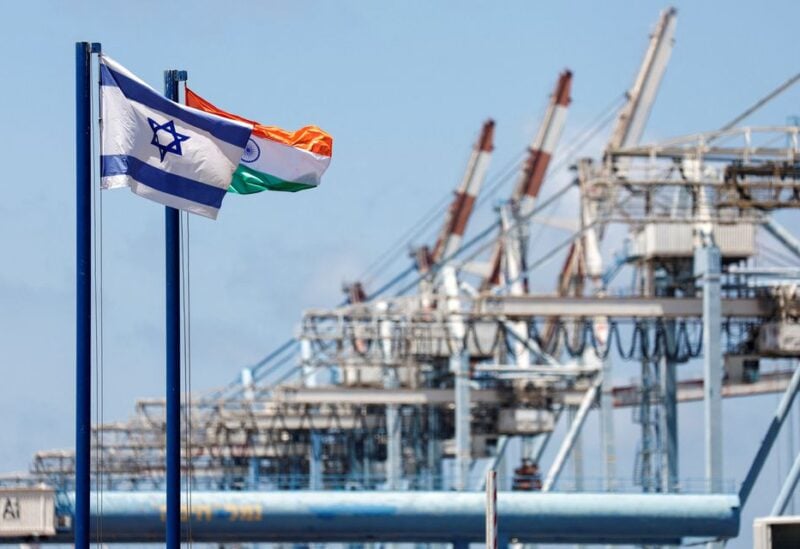 Israeli and Indian national flags fly at Haifa Port, which is to be sold to India's Adani Ports and local partner Gadot, in Haifa, Israel July 24, 2022. REUTERS/Amir Cohen

As Israel normalizes relations with its Gulf Arab neighbors under U.S. diplomatic pressure, the city of Haifa is poised to grow in importance as a hub for shipping in the east Mediterranean. Chinese and Indian businesses are investing in its ports.

A deal to purchase Haifa Port for 4.1 billion shekels ($1.18 billion) was reached earlier this month during the visit of US Vice President Joe Biden to the Middle East by India’s largest port developer Adani Ports and its Israeli minority partner Gadot.

Its founder, Asia’s richest man Gautam Adani, said via Twitter that the deal was of “immense strategic and historical significance”, and the company is betting the port will become a link to Europe and create new trade lanes with Asia.

Their convergence on Haifa touches on a broader contest between Chinese, Indian and U.S. interests, said Carice Witte, executive director of SIGNAL, an Israeli policy group that specializes in China-Israel relations.

“When you see China at a port in Haifa, Haifa now becomes an incredibly important strategic point,” she said. “Whereas maybe in the past it was not perceived that way, Israel in general and Haifa very specifically – its relevance as a piece on the puzzle has changed.”

The two ports are too big to serve just Israel, and officials expect the underdeveloped bay of Haifa to become a hub for trade and transshipment, meaning the handling of goods that are unloaded in Israel and then sent to other countries.

This would have been unthinkable just a decade ago, when Israel was politically isolated from potential trade partners in the region.

But while peace talks with the Palestinians remain stuck, Israel has normalized ties with new markets like the United Arab Emirates, Bahrain and Morocco, and all the while forging deeper trade ties with countries in the Far East.

“Israel is a very important place, connecting east and west,” Miao Qiang, CEO of SIPG’s Bay Port, said at the terminal’s control center. “All ships from the Suez Canal from east to west are (passing) through this area.”

Just outside, new cargo railways are being constructed that will link into the nationwide network and, should regional integration continue, potentially into Jordan, which could then link up Iraq and Saudi Arabia.

Adani Ports did not respond to Reuters’ requests for comment. Opher Linchevski, chief executive of Gadot, said the joint venture aimed to benefit from “the warming relationship between Israel and the Arab Gulf countries”.

The expansion of Haifa bay is also expected to alleviate problems with congestion, after crises from COVID-19 lockdowns to Russia’s invasion of Ukraine fed into a global supply chain crunch that earlier this year snarled a fifth of the global container ship fleet in ports.

Average ocean dwell times – the period a vessel spends at a port – are currently 2.5 days per load at the Port of Haifa, down from a peak of 3.5 days in May but is still 75% higher than at the start of the year, data from supply-chain tracking platform FourKites showed.

The country’s ports currently handle a total of about 3 million TEU, the standard unit for 20-foot containers. SIPG expects that to jump to 5 million TEU in 5 to 8 years, at which point Bay Port’s capacity could double to 2 million TEU, with half of the business dedicated to transshipment.