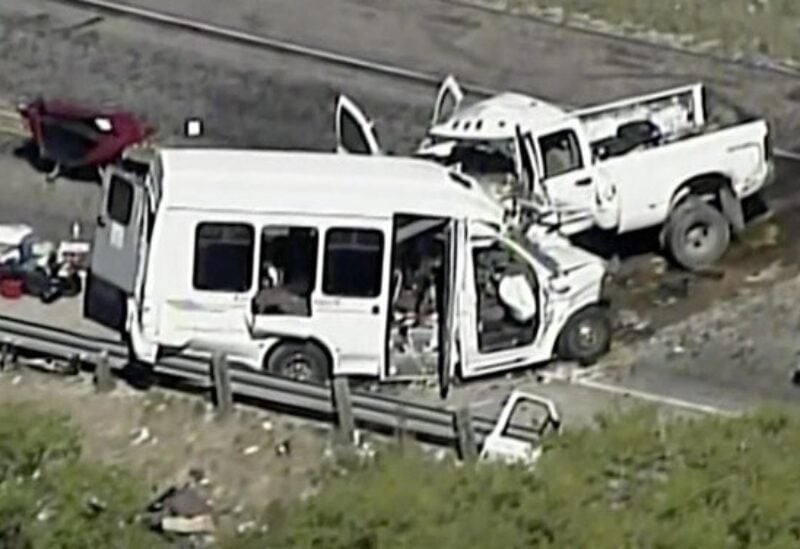 10 people at least were killed, including the driver, and 20 others injured when overloaded van carrying 29 migrants crashed Wednesday on a remote South Texas highway, authorities said.

The crash happened shortly after 4 p.m. Wednesday on U.S. 281 in Encino, Texas, about 50 miles (80 kilometers) north of McAllen. Sgt. Nathan Brandley of the Texas Department of Public Safety says the van, designed to hold 15 passengers, was speeding as the driver tried to veer off the highway onto Business Route 281. He lost control of the top-heavy van, which slammed into a metal utility pole and a stop sign.

The van was not being pursued, said Brooks County Sheriff Urbino.

Martinez said he believed all of the passengers were migrants. Brandley said the death toll was initially announced as 11 but was later revised. He also said the 20 who survived the initial crash all have serious to critical injuries.

The identities of the 30 in the van were being withheld until relatives can be notified, Brandley said. No information about the van, including where it was registered or who owned it, was immediately released..

Encino is a community of about 140 residents about 2 miles (3.22 kilometers) south of the Falfurrias Border Patrol checkpoint.