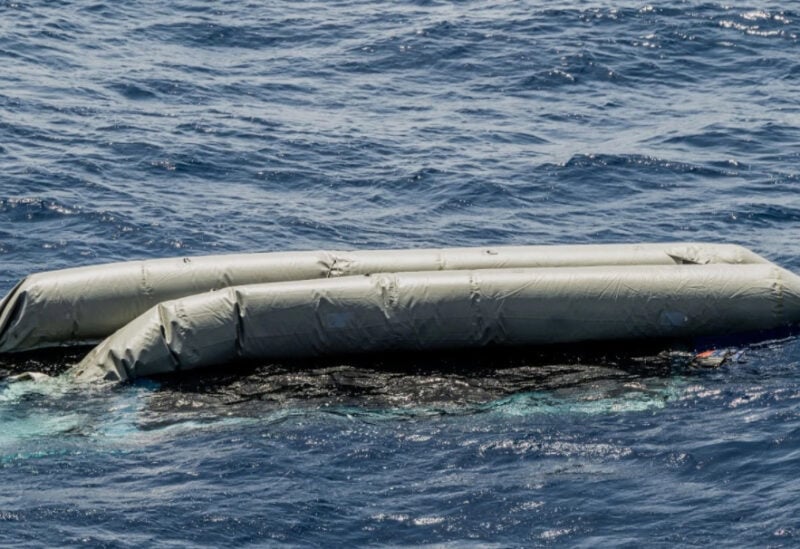 A search in the Mediterranean sea for boats packed with migrants has detected 10 bodies floating near a capsized rubber boat that is thought to have been carrying 130 people, the French humanitarian organisation SOS Mediterranee said.

A spokesman for SOS Mediterranee said on Friday that another wooden boat was still missing with nearly 40 migrants aboard.

The civil hotline Alarm Phone had reported 3 boats were in distress on Wednesday, prompting SOS Mediterranee to launch a search “in very rough seas, with up to six-metre waves”, the non-government organisation said in a news release issued earlier.

Three merchant ships helped the charity’s own rescue ship Ocean Viking search for the boats in international waters, northeast of the Libyan city of Tripoli.

SOS Mediterranee said merchant ship MY ROSE found 3 bodies in the water and an airplane of EU border agency Frontex saw the rubber boat soon after.

When Ocean Viking arrived on the scene it did not find any survivors but there were 10 bodies in the water nearby. The statement issued on Twitter carried a photograph of a capsized black rubber boat.

A spokesman for the NGO said he had no information on the third boat that Alarm Phone had said was in distress.

Conflict-ridden Libya is a key route for migrants seeking to reach Europe. The French NGO said over 350 people have perished this year in the Central Mediterranean making the dangerous voyage.

“States abandon their responsibility to coordinate Search and Rescue operations, leaving private actors and civil society to fill the deadly void they leave behind,” SOS Mediterranee said in its statement.

The U.N. agencies called for reactivating state-led search and rescue operations in the Mediterranean and for a halt to returning migrants to “unsafe ports”.