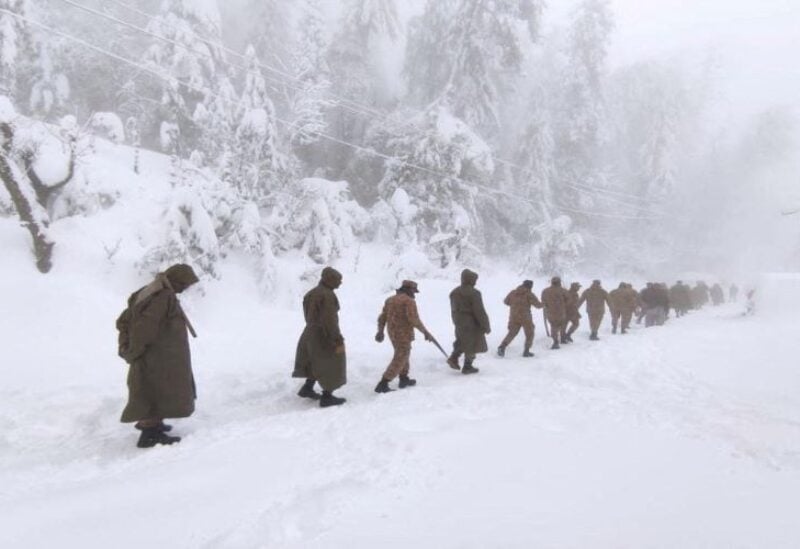 Officials claimed on Saturday that at least 16 tourists perished in frigid conditions after being trapped in their vehicles in northern Pakistan, where hundreds had traveled to enjoy the snow.

With over 1,000 vehicles still trapped, the government has designated Murree, 64 kilometers (40 miles) northeast of Islamabad, a disaster-hit region.

“For the first time in 15 to 20 years, such a significant number of visitors rushed to Murree, causing a major issue,” Pakistan’s interior minister, Sheikh Rashid Ahmed, said in a video message.

The minister stated that over 1,000 automobiles were stranded in the hill station, a town raised from the surrounding countryside, and confirmed that “16 to 19 deaths happened in their cars.”

According to him, army platoons and paramilitary troops have been dispatched to assist the civil administration in rescue efforts.

The authorities said late Friday that all routes leading to the station will be closed to prevent any additional inflow of visitors.

The “tragic deaths” of the vacationers shocked Prime Minister Imran Khan. “I have ordered an investigation and am putting in place strict measures to ensure the prevention of similar tragedies,” Khan tweeted.

Fawad Chaudhry, Minister of Information, has urged people not to visit the mountainous area.

Snowfall began on Tuesday night and continued at regular intervals, bringing tens of thousands of people. Due to the large number of tourists, several families became trapped on the roadways.

According to local media, over 100,000 automobiles entered the hill station.

In a tweet, Dr. Faheem Yonus, chief of infectious diseases at the University of Maryland UCH, asked, “Were the deaths caused by cold or carbon monoxide (CO) poisoning?” “If an idle automobile is buried in snow, the obstructed exhaust (silencer) can soon kill the occupants as they breathe CO.”

Officials have not revealed the causes of the fatalities.