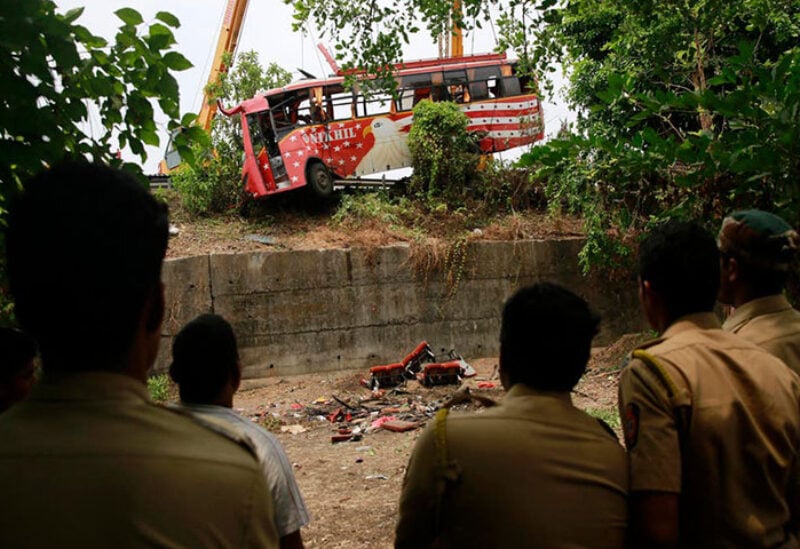 At lease 17 people were killed and 18 injured while a bus carrying migrant workers hit a delivery van on a highway in northern India, police said Wednesday.

The bus overturned after colliding with the van coming from the opposite direction on Tuesday night near Kanpur, a city 80 kilometers (50 miles) southwest of Lucknow, the Uttar Pradesh state capital, said police officer Mohit Agarwal.

The migrant workers were heading to Ahmedabad, a city in western Gujarat state, to resume work with industries reopening after the lifting of coronavirus restrictions.

The bus was transporting workers home from a biscuits manufacturing unit and most of the dead were among them, Agarwal said.

Sixteen people were killed on the spot and one died in a hospital, where the injured were being treated, he said.

“The passengers complained that the bus driver was going very fast,” Agarwal said.

almost 110,000 people die every year in road accidents across India, according to police. Most crashes are blamed on reckless driving, poorly maintained roads and aging vehicles.