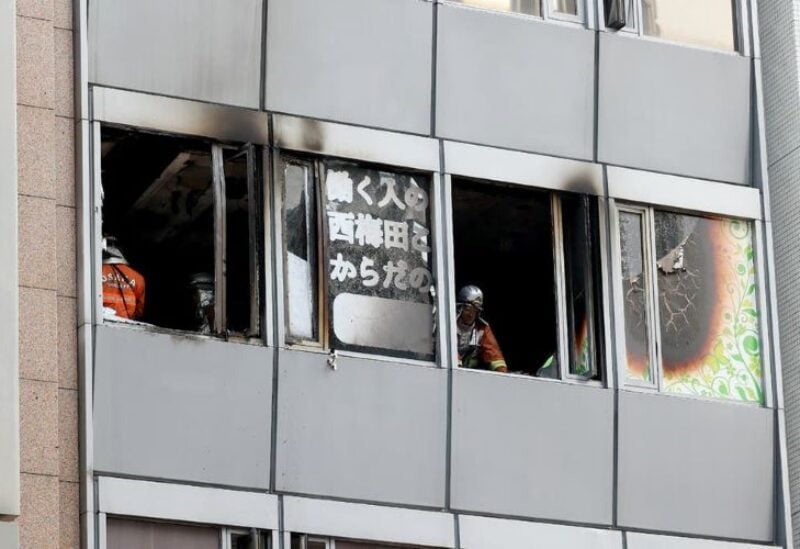 Firefighters work at the scene, where twenty-seven people were feared dead after a blaze at a building in Osaka, on December

On Friday, at least 27 people were thought murdered after a fire broke out at a commercial building in Osaka’s retail area.

According to Kyodo News, which cited investigation sources, police were examining the cause of the fire on the fourth level of the eight-story structure for suspected arson.

According to a fire department official, 27 individuals were in cardiac arrest – a phrase used in Japan before a death is officially verified – and one person was hurt.

Smoke was seen pouring out of the building’s fourth story windows, where a psychiatrist clinic is situated, and from the building’s top, according to video carried by national broadcaster NHK.

According to NHK, the fire was reported immediately after the clinic opened for business at 10 a.m. (0100 GMT) and was mainly contained within 30 minutes.

Other floors of the building, which is near Osaka’s major station in the city center, were occupied by a beauty salon, a clothing store, and an English-language school, according to NHK. One witness informed the station that he observed a woman screaming for rescue from one of the windows.

In 2019, an arson assault at an animation studio in Kyoto killed more than 30 people and wounded dozens more.