At least 39 reported killed in Myanmar as Chinese factories burn 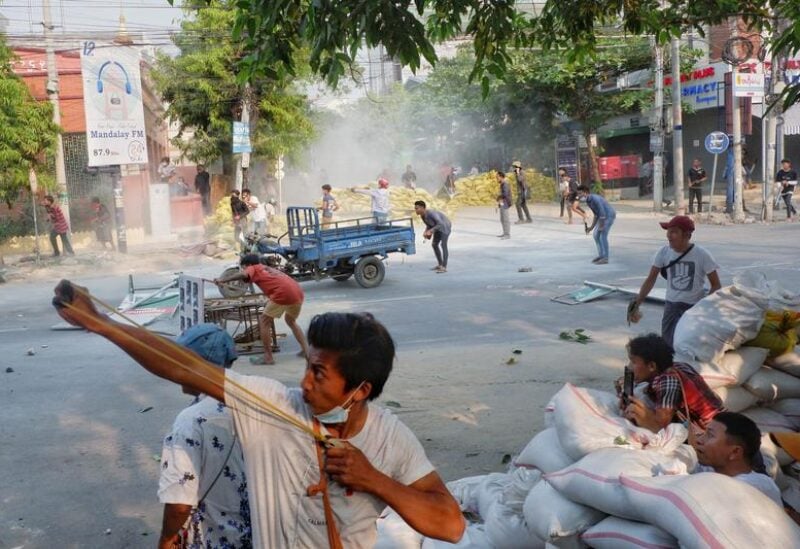 Security forces killed at least 22 anti-coup demonstrators in the poor, industrial Hlaingthaya suburb of Myanmar’s main city on Sunday after Chinese-financed factories were set ablaze there, an advocacy group said.

A further 16 protesters were killed in other places, the Assistance Association for Political Prisoners (AAPP) said, as well as 1 policeman, making it the bloodiest day since the Feb. 1 coup against elected leader Aung San Suu Kyi.

The Chinese embassy said many Chinese staff were wounded and trapped in arson attacks by unidentified assailants on garment factories in Hlaingthaya, noting that it had urged Myanmar to protect Chinese property and citizens. China is viewed as being supportive of the military junta that has taken power.

As plumes of smoke rose from the industrial area, security forces opened fire on protesters in the suburb that is home to migrants from across the country, local media said.

“It was horrible. People were shot before my eyes. It will never leave my memory,” said one photojournalist on the scene who spoke on condition of anonymity.

Martial law was imposed in Hlaingthaya and another district of Yangon, Myanmar’s commercial hub and former capital, state media announced.

Doctor Sasa, a representative of elected lawmakers from the assembly that was ousted by the army, voiced solidarity with the people of Hlaingthaya.

“The perpetrators, attackers, enemies of the people of Myanmar, the evil SAC (State Administrative Council) will be held accountable for every drop of blood that shed,” he said in a message.

The latest deaths would bring the toll from the protests to 126, the AAPP said. It said more than 2,150 people had been arrested by Saturday. More than 300 have since been released.