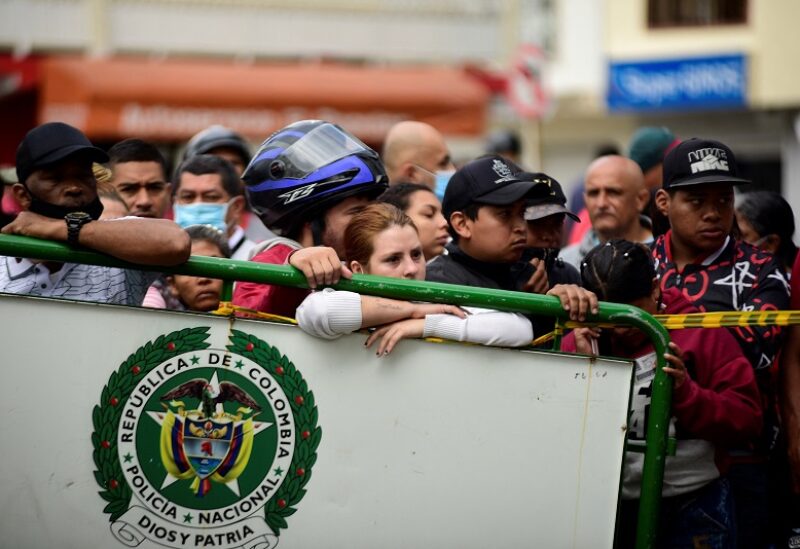 People await information from their inmate relatives outside the Tulua prison after an attempted riot that caused a fire where several prisoners were dead and injured, in Tulua, Colombia June 28, 2022. REUTERS/Edwin Rodriguez Pipicano NO RESALES. NO ARCHIVES

At least 49 inmates were killed and dozens more were injured, when fire broke out during a prison riot in southwestern Colombia on Tuesday, the national prisons agency said. The tragedy occurred when rioting inmates set a fire to try to prevent police from entering their enclosure at the prison in the city of Tulua, said Tito Castellanos, director of the National Penitentiary and Prison Institute (INPEC).

“Unfortunately there was a riot in the pavilion number eight of the Tulua prison, where there are 1,267 prisoners, with the unfortunate result that 49 people died,” Castellanos told La W Radio.
He said another 30 people were “injured and affected by the blaze and the smoke.”

As reported by AFP, Castellanos said authorities were investigating whether prisoners had lit their mattresses as part of an “escape attempt” or whether the riot was provoked “to cover some other situation.” He made no mention of whether any prisoners actually escaped.
A report by Caracol Radio said more than 40 people had been injured. There were 180 inmates in the prison section affected by the fire.

Castellanos praised the efforts of prison guards, some of whom were injured, to control the blaze and help prisoners to safety. He said that without their intervention “the result would have been worse.”

Outgoing President Ivan Duque sent a tweet offering his solidarity with relatives of the victims.

“We regret the events that occurred in the prison in Tulua, Valle del Cauca,” Duque said.

“I have given instructions to clarify this terrible situation. My solidarity is with the families of the victims,” he added.

Fatal prison riots are not uncommon in Latin America. In Colombia’s neighbour Ecuador, nearly 400 prisoners have been killed in six riots since early 2021. Colombia’s prison system has a capacity of 97,000 inmates but is overpopulated by some 16,000, according to INPEC.