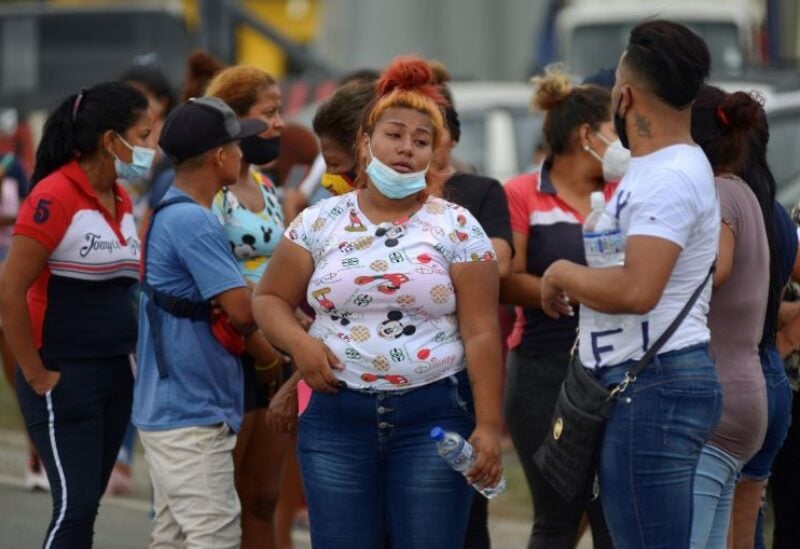 At least 75 people have been killed and dozens more injured in three separate prison riots in Ecuador, authorities said on Tuesday.

Officials blamed the riots at detention facilities in the cities of Guayaquil, Cuenca and Latacunga on disputes between rival gangs.

“These were two groups vying for criminal leadership within the detention centers,” said Edmundo Moncayo, the director of Ecuador’s prison agency.

Authorities have been able “to control and restore order within the detention centers” with the help of an additional 800 police officers, he added.

Several police were also injured, said Moncayo, but no deaths have been reported among security personnel.

Another 33 died at the prison in Cuenca in the south and eight in Latacunga in the center of the South American Country, according to Edmundo Moncayo, director of the government’s SNAI prisons management body.

“All the prisons at the moment have restriction and controls in place,” Carrillo wrote.

As news of the riots was made public, dozens of prisoners’ relatives gathered outside the facilities to get more information on what was happening, local media said.Images and videos circulating on social media showed inmates gathered on a prison rooftop with police officers on motorcycles and in patrol cars surrounding the building.

Ecuadorian President Lenin Moreno tweeted that gangs had carried out “simultaneous acts of violence in several prisons in the country”.

He said police, in coordination with Minister of Government Patricio Pazmino Castillo, were working to regain control of the prisons.

Tuesday’s riots coincided with a march of hundreds of indigenous people on Quito to demand a vote recount after a first round of presidential elections this month saw their candidate left out in the cold.

Five inmates were killed in a brawl in a prison in Latacunga in December.