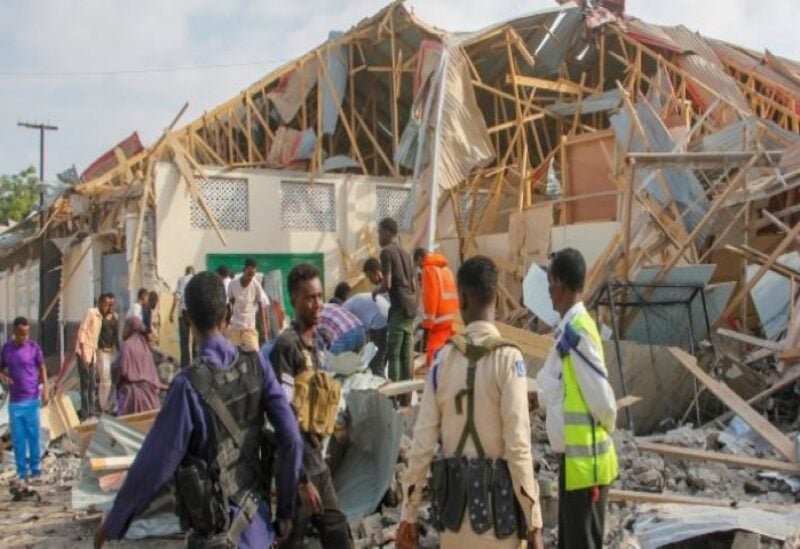 According to officials and a Reuters witness, at least five people were killed and 23 others were injured when a massive explosion shook Somalia’s capital Mogadishu early on Thursday, causing a column of smoke to rise from the bomb site amid gunfire.

“As of now, we know five people have died and 23 others have been injured,” Abdikadir Abdirahman, head of Aamin Ambulance services, told Reuters.

The Somalia Islamist organization al Shabaab carried out the attack, which was aimed at a passing United Nations convoy, according to Abdiasis Abu Musab, the group’s military operations spokesperson.

The detonation near the K4 crossroads in Mogadishu’s core was so powerful that it demolished the walls of the adjoining Mucassar elementary and secondary schools and damaged automobiles.

“The blast pressure shook us, then the firing deafened us,” claimed Mohamed Hussein, a nurse at the neighboring Osman Hospital.

He went on to say that he was rescued from the ruins of a collapsed ceiling.

“Our hospital’s walls gave way. A school has also fallen across the street from us. I’m not sure how many people perished “He stated.

Security officers could not be reached for comment immediately.

For years, Al Shabaab has fought Somalia’s central government in order to create its own authority based on a strict interpretation of Islam’s sharia law.

In its struggle against the Somali military and the African Union-mandated AMISOM army that helps protect the central government, the organization routinely carries out bombs and gun attacks in Somalia and internationally.