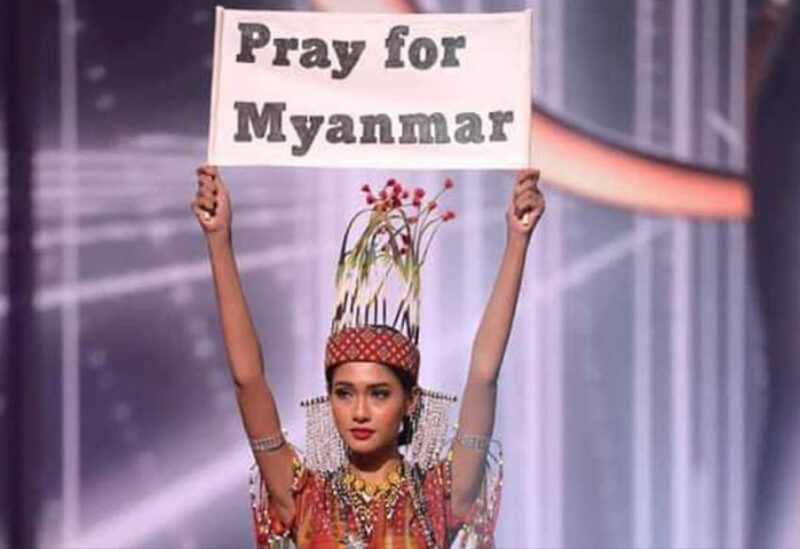 Myanmar’s Miss Universe contestant, Thuzar Wint Lwin, used the pageant on Sunday to stimulate the world to speak out against the military junta, whose security forces have killed hundreds of opponents since it seized power in a Feb. 1 coup.

“Our people are dying and being shot by the military every day,” she said in a video message for the competition, where she was appearing in the finals at the Seminole Hard Rock Hotel & Casino in Hollywood, Florida.

“I would like to stickle everyone to speak about Myanmar. As Miss Universe Myanmar since the coup, I have been speaking out as much as I can,” she said.

Thuzar Wint Lwin is among dozens of Myanmar celebrities, actors, social media influencers and sports people who have voiced opposition to the coup, in which elected leader Aung San Suu Kyi was overthrown and detained.

At least 790 people have been killed by security forces since the coup, according to the Assistance Association for Political Prisoners activist group. It says over 5,000 people have been arrested, with some 4,000 still detained – including several celebrities.

Thuzar Wint Lwin did not make it to the last round of the Miss Universe competition, but she won the award for Best National Costume, which was based on the ethnic costume of her Chin people from northwestern Myanmar, where fighting has raged in recent days between the army and anti-junta militia fighters.

As she paraded with her national costume, she held up a placard that said “Pray for Myanmar”.