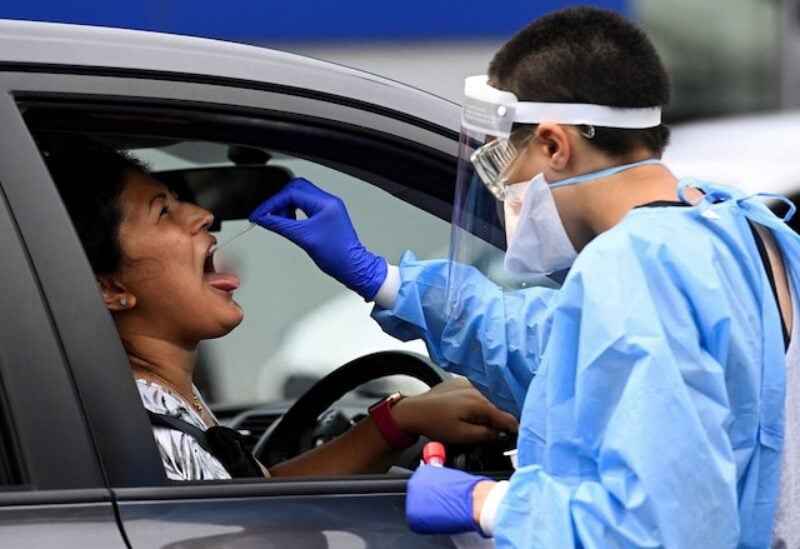 Australia recorded another surge of COVID-19 deaths on Monday as an outbreak of the highly contagious Omicron variant peaked, and authorities warned numbers could rise further when schools return from end-of-year holidays next week.

The world No. 13 economy is trying to strike a balance between reopening after two years of movement restrictions and coping with the highest numbers of deaths and cases of the pandemic.

Authorities say a rollout of a vaccine booster will reduce deaths, and point to a stabilisation in hospitalisation numbers as a sign the flare-up has reached its worst.

The country on Monday reported 58 deaths, most of them in its three most populous states – New South Wales, Victoria and Queensland – in line with the previous day’s count but still among the highest of the pandemic.

The total number of new cases, 40,681, was well below peaks nearly three times that amount earlier this month.

“Our assessment indicates that the spread of COVID virus is slowing, our situation is stabilising and while we expect to see an uptick in transmissions associated with schools going back this could be mitigated by the actions of you as individuals,” NSW Chief Health Officer Kerry Chant told a news conference.

“Getting those boosters will help us,” she added.

More than nine in 10 Australians aged over 12 have had two doses of coronavirus vaccine – a statistic health experts say has kept the country’s death rate relatively low – but far fewer have had a third dose which is seen as a guard against Omicron.

Though all Australian states are resisting a return to lockdown, most have reintroduced social distancing measures and mandatory mask-wearing to slow transmission. But they are divided on whether and how to manage a return to school after lengthy periods of remote learning.

Students in NSW and Victoria will have to wear masks and receive regular rapid antigen tests when they return to in-person classes next week. Queensland however postponed the return to school to Feb. 7 to avoid a spike in transmission.

“The peak does not mean the end,” Queensland Chief Health Officer John Gerrard said, warning of a “possible extension of the peak” when schools return.