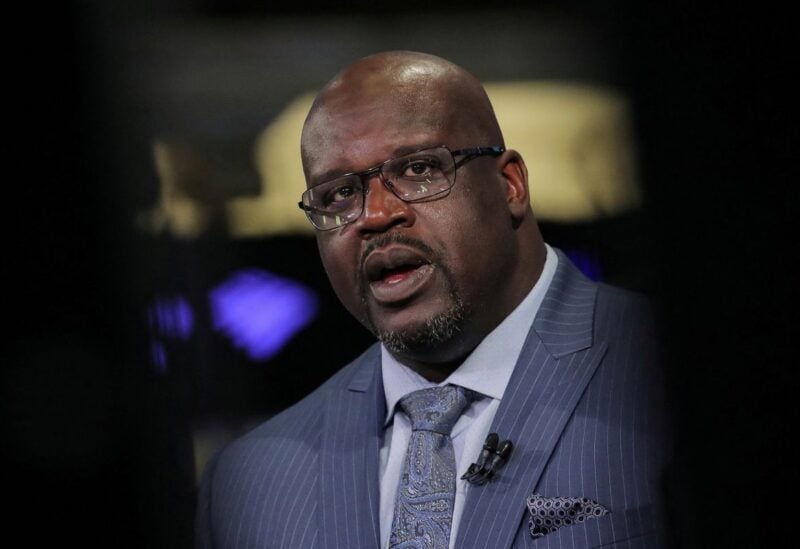 Former basketball star Shaquille O'Neal, speaks during an interview on CNBC about joining the board of Papa John’s International Inc., on the floor of the New York Stock Exchange (NYSE) in New York, U.S., March 22, 2019. REUTERS/Brendan McDermid/File Photo

Albanese’s center-left Labor Party government is pursuing a referendum on recognizing Indigenous people in the constitution and demanding consultation with them on issues that affect their lives, which is required to modify the constitution.

Details on the so-called Indigenous voice to parliament will follow the national referendum on the question, which the government wants to hold in the parliament’s current term.

“I’m here in your country, whatever you need from me you just let me know,” O’Neal told Albanese during a news conference in Sydney, before leaving without taking questions.

Indigenous Affairs Minister Linda Burney told the news conference that O’Neal had requested to be involved and described the mission for change as “a noble task.”

Albanese said O’Neal, a four-time NBA champion, had a track record in the United States of working for social justice and “lifting people up who are marginalised.”

“We want to build the broadest possible support and we want to engage with people who can connect with young people in particular but with all sections of society,” Albanese said.

“Shaq has that record of … bringing people together of different backgrounds which is consistent with our approach.”

O’Neal had agreed to do some videos on the issue, the prime minister said.

Labor committed to proposing a referendum while campaigning for the general election in May, when it ended almost a decade of rule by conservative Liberal-National coalition governments.

Australia’s Indigenous people have toiled for generations to win recognition for injustices since European colonisation in the 1700s. The constitution, which came into effect in 1901, does not refer to the country’s Indigenous people.