Australia Says Troops Pulled Out ahead of Kabul Blast 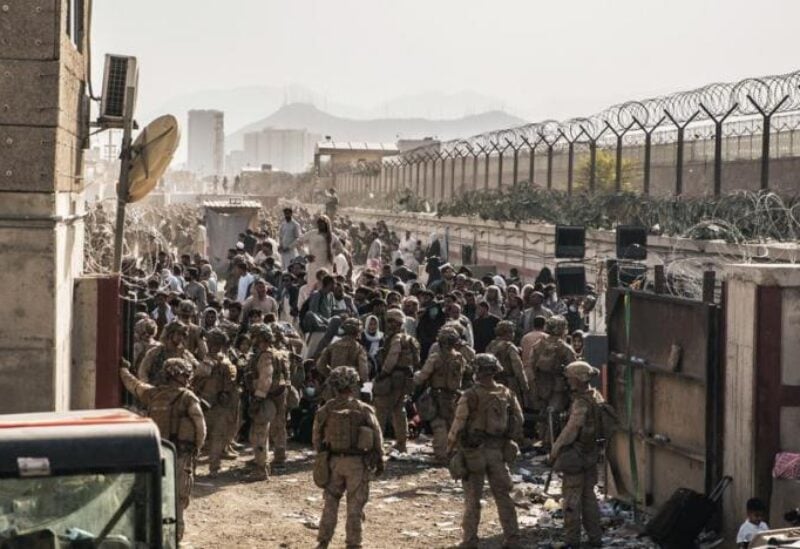 Australia said Friday it pulled all its troops out of Afghanistan shortly before the Kabul airport bombings after receiving “very clear intelligence” of an impending attack.

Suicide bombers set off two blasts that struck crowds outside the Afghan capital’s airport on Thursday, killing dozens of people including 13 US troops.

The ISIS group said it carried out the attack.

The bombings raise questions about the measures taken to protect US forces, who face an August 31 deadline to withdraw from the country and to complete an airlift that has so far evacuated nearly 100,000 people.

“We were able to ensure the departure of the remaining Australian personnel over the course of last night, not that long before the terrible events that unfolded last night took place,” Australian Prime Minister Scott Morrison told a news conference.

Morrison said US and British forces had helped Australian troops over nine days to evacuate some 4,100 people, including 3,200 Australians and Afghan citizens with Australian visas.

The prime minister said Australia had completed its evacuation operations and was now in a “post-evacuation phase”.

Defense Minister Peter Dutton said the Australian authorities had sent warnings in text messages on Thursday to Australian citizens and those in the area of the attack.

“There was very clear intelligence that ISKP intended to strike and strike hard, and they have done that,” he told Nine Network television, referring to an ISIS-affiliated group active in parts of south and central Asia.

“These are people that are even more extreme than the Taliban and are basically at war with the Taliban. So it is a horribly complex situation,” Dutton said.

“I am very pleased and relieved that our soldiers have departed from Kabul and we took the decision to lift the last of our people yesterday and they are safely in the United Arab Emirates.”

Australia deployed 39,000 troops over two decades as part of US and NATO-led operations in Afghanistan.

Dutton said Australian Defense Force troops had now halted evacuations because of the dangers on the ground.

“In that situation, we cannot continue to put our ADF personnel and their lives at risk. And that is the situation, the reality of what is on the ground at the moment, which has not made it possible for us to lift more people out,” he said.

“As we have seen overnight and as the intelligence continues to indicate, more terrorist attacks are likely. People should avoid gatherings. They should avoid public places. And they should be very careful of their own safety and security in what is a war-like condition.”