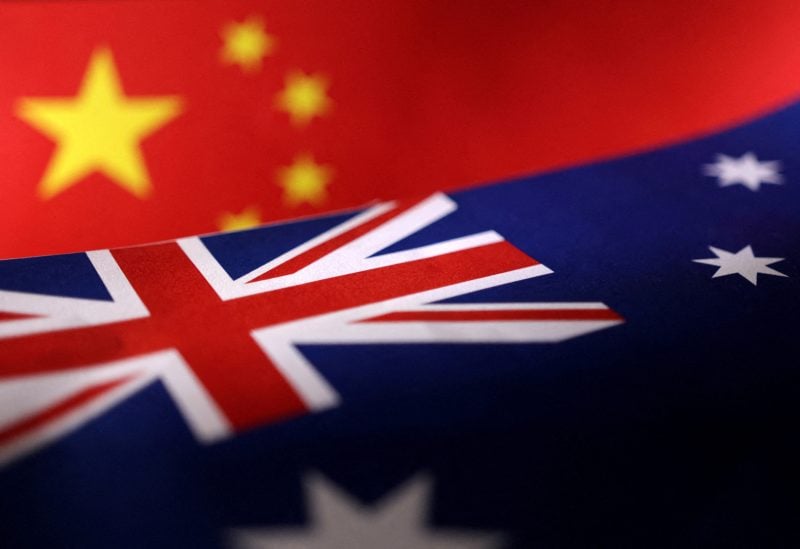 Australian Foreign Minister Penny Wong said on Tuesday she will push China to lift trade sanctions and seek consular access to two detained Australians during a trip to Beijing that is aimed at mending strained diplomatic ties.

But Wong, who is expected to meet counterpart Wang Yi on Wednesday, tempered expectations of any immediate breakthrough.

“Many of the hard issues in the relationship will take time to resolve in our interests,” Wong told a media briefing in Canberra before her departure. “This will take time, but I do see this visit as another step in the road.”

Wong’s visit is the first by an Australian minister since 2019 and will mark the first formal talks in Beijing between the two nations’ top diplomats since 2018.

Bilateral relations crumpled after Canberra banned Huawei Technologies from its 5G broadband network in 2018 and called for an independent investigation into the origins of COVID-19. Beijing responded with tariffs on several Australian commodities.

The Labor government, which in May returned to power after nine years, has been seeking to repair its relationship with Australia’s top trading partner. A meeting between Prime Minister Anthony Albanese and Chinese President Xi Jinping on the sidelines of the G20 in Bali last month signalled some thawing in ties.

Australia has been seeking consular access for journalist Cheng Lei and writer Yang Hengjun, who are detained in China and awaiting sentences after closed-door national security trials.

A spokesperson for Australia’s foreign affairs department said the federal government had not received advice from Chinese authorities about “any imminent judicial outcomes” for the two.

When asked on Tuesday about Australia’s call for their release to remove an obstacle to an improvement in relations between Canberra and Beijing, Mao called for “mutual respect”.

“We hope that the Australian side will uphold the spirit of mutual respect, seek common ground while reserving differences, move in the same direction as the Chinese side, and promote the comprehensive strategic partnership between China and Australia to return to a healthy and stable development track,” she told a regular briefing in Beijing.

Wong will also attend the sixth Australia–China Foreign and Strategic Dialogue in Beijing, coinciding with the 50th anniversary of diplomatic relations between the two countries.