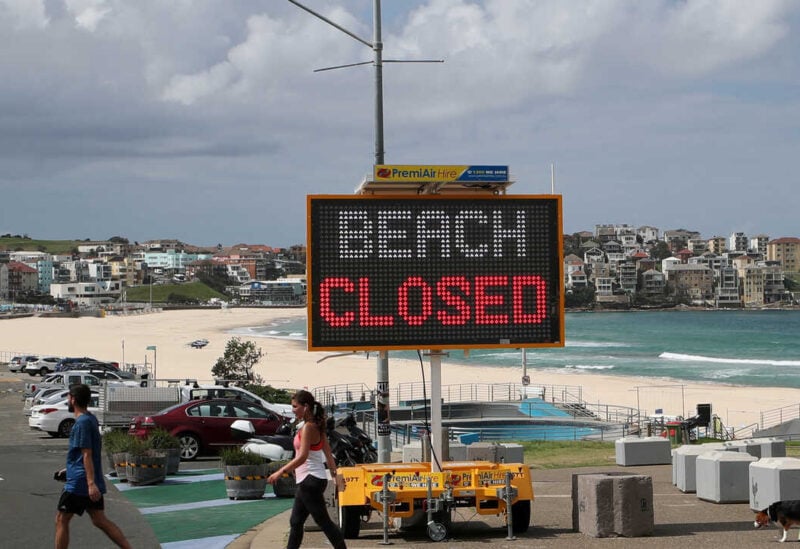 People walk past a "Beach Closed" sign at Bondi Beach, as the beach remains closed to prevent the spread of the coronavirus disease (COVID-19), in Sydney, Australia April 1, 2020. REUTERS/Loren Elliott

As the daily infection rate topped 100,000 for the first time amid an epidemic of the Omicron strain, Australian Treasurer Josh Frydenberg claimed he tested positive to COVID-19, joining other high government officials in getting the disease.

“I’m isolated with my family since I have the usual symptoms,” he continued, without elaborating or revealing which variety he has.

Other high-ranking Australian politicians, such as Deputy Prime Minister Barnaby Joyce and Defense Minister Peter Dutton, have caught the virus and recovered.

Under current Australian COVID-19 guidelines, people who return a positive test and those deemed “close contacts” must isolate for seven days.

Australia has been posting successive record numbers of new daily infections, with another surge on Saturday.

The country reported 116,025 new cases, smashing the previous day’s record of just over 78,000. Nearly 100,000 of the new cases were in the most populous states Victoria, which is home to the upcoming Australian Open tennis tournament in Melbourne, and New South Wales.

Victoria noted that its daily caseload, which more than doubled the previous day’s to 51,356, included the results of rapid antigen tests taken up to a week before that could only be tabulated after being submitted on a website starting from Friday.

The country reported 25 new COVID-19 related deaths, its highest since the peak of the Delta wave in October 2021.

Australian leaders, including Frydenberg, have been urging the country to move on from a strategy of stop-start lockdowns now that more than 90% of the population aged over 16 is fully vaccinated.

But state leaders have been reintroducing restrictions amid exploding case numbers, mostly of the highly transmissible Omicron variant. Several states have reintroduced mask mandates and suspended non-urgent elective surgery, while New South Wales on Friday resumed bans on dancing and drinking while standing up in bars.